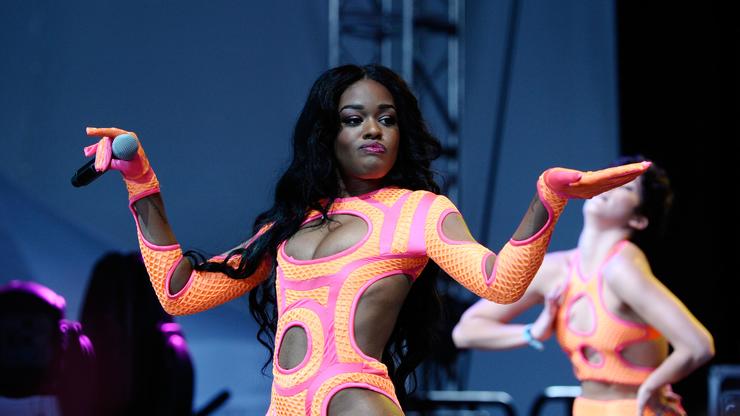 Azealia Banks is suing her former manager and claims he stole from her.

Azealia Banks says her former manager, Prospect Park CEO Jeff Kwatinetz, feigned being interested in a romantic relationship with her in order to swindle her out of money. Banks is counter-suing Kwatinetz for breach of contract and fraud as Kwatinetz is suing her for extortion.

“[Kwatinetz] attempted to control and manipulate Banks so he could eventually steal from her, by charming the 23-year-old from Harlem and attempting to convince her that he loved her,” Banks’ court filing states, according to Rolling Stone. “He would repeatedly tell her in e-mails that he loved her, had sleepovers with her and sent her gifts.”

She also accuses Kwatinetz of “blurring the lines between a fiduciary and a romantic suitor so that he could take financial advantage” of her.

In response, Kwatinetz issued a statement to Rolling Stone, accusing Banks of “acting irresponsibly and dangerously.”

“Ms. Banks is a talented artist, but she has been acting irresponsibly and dangerously for years,” the rep told Rolling Stone Thursday. “Ms. Banks’ cross-complaint has no merit and is nothing more than a PR stunt. Mr. Kwatinetz will vindicate his rights in court, where he will prove that Ms. Banks’ allegations are false and slanderous.”