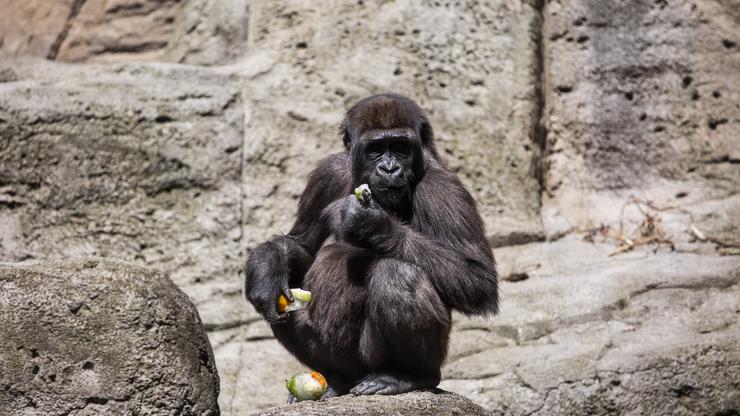 A 60 year-old silverback named Ozzie is one of the 13 gorillas who have tested positive for COVID-19.

Just when you thought the pandemic couldn’t get any worse, a group of gorillas have now been confirmed to be positive with COVID-19. According to TMZ, 13 of the 20 gorillas that reside at Zoo Atlanta are currently fighting off the virus.

Apparently, several of the animals have been showing symptoms including runny noses, coughing, and changes in appetite over the past few days. Concerned staff members noticed the off putting behaviour and put in a call to a local lab, who conducted tests via nasal and oral swab and fecal matter.

“Update on our gorilla population: Zoo Atlanta has received presumptive positive test results indicating that members of its western lowland gorilla troops are positive for SARS-CoV-2, the virus that causes COVID-19,” the zoo captioned a recent Instagram post.

TMZ reports that one of the 13 impacted animals is Ozzie, a 60-year-old silverback whose positive test result puts him at a very high health risk.

Fortunately, Ozzie and his pals are currently being treated with monoclonal antibodies, and will soon be receiving the Zoetis vaccine, which was developed specially for animals and has already been administered at several zoos.

If you’re wondering whether or not the gorillas are socially distancing in these trying times, the answer is no. The giants chose to hang out in groups of four, and they cannot be separated.

While we wait for some positive news from Zoo Atlanta, check out the sweet clip of some of the gorillas at play below.