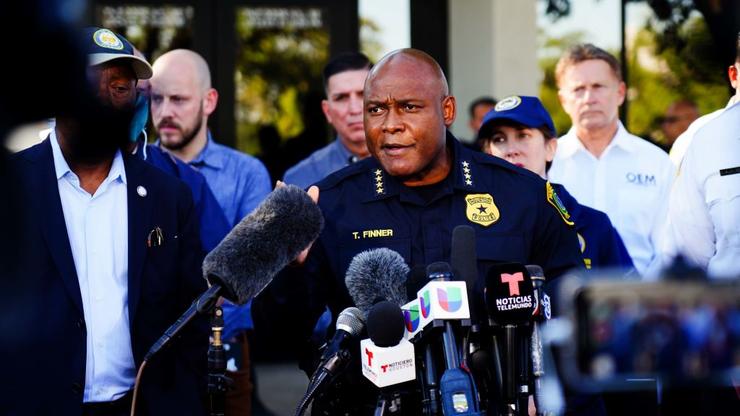 Houston Police Chief Troy Finner corrects his previous statement about an Astroworld Festival security guard being injected with drugs, saying that he was actually hit in the head and lost consciousness, but was never injected with drugs.

Shortly after news broke that tragedy had struck at Travis Scott‘s Astroworld Festival in Houston, Texas over the weekend, leaving eight people dead and over three hundred injured, Houston Police Chief Troy Finner addressed the city and said that one of the security guards at the event was stabbed in the neck and injected with drugs. Some firsthand accounts suggested that somebody may have been going through the crowd and injecting festivalgoers with drugs as well, but Finner corrected his previous statement, claiming that the security guard in question was actually struck in the head before losing consciousness, and he was never injected with anything.

According to the Houston Chronicle, Finner said on Wednesday that after locating the guard, he confirmed that the story wasn’t adding up.

“We did locate that security guard. His story is not consistent with that,” said the Police Chief. “He says he was struck in his head, he went unconscious. He woke up in the security tent. He says that no one injected drugs in him so we want to clear that part up.”

Finner also clarified previous statements about his relationship with Travis Scott. It was reported that Finner had a close relationship with the rapper, but that is also untrue. Finner says that he only spoke to Scott twice before the festival.

This news comes as the number of lawsuits filed against Scott and Astroworld’s organizers reached forty-six. Many more lawsuits are expected to be filed before the end of the week.

We will continue to keep you updated on all of the latest news in this heartbreaking story.