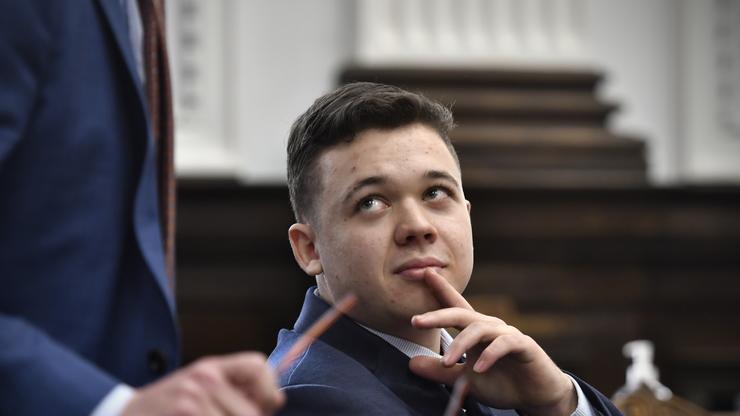 The judge reportedly said this trial could conclude as early as next week.

He shot and killed two people during the Kenosha, Wisconsin protests last year when he was just 17-years-old, and finally, Kyle Rittenhouse’s trial has begun. The now-18-year-old stands accused of crossing state lines with firearms and patroling Kenosha streets during civil unrest before opening fire. Rittenhouse shot and killed two unarmed protesters but insisted that he was there to protect businesses from rioters and did not do anything wrong because he was being threatened.

While on the stand earlier today (November 10), Rittenhouse openly wept as he recounted his side of the story. Things became so emotional that the judge had to call for a recess.

According to CNN, Judge Bruce Schroeder told the jury that this trial could reach its conclusion by as early as next week.

“I have just discussed the matter with the lawyers, and I’m very confident that we will finish by Tuesday as I asked you about a couple of weeks ago. And there is a bare chance, I don’t want to get your hopes up, but there is a chance we can finish on Monday. And that’s the best of my information. It isn’t a promise, but I think that’s very realistic,” Schroeder reportedly stated.

Meanwhile, Candace Owens has been vocalizing her support of Rittenhouse on Twitter, once again.

“Kyle Rittenhouse is innocent. It was another case of the BLM lynch-media-mob attempting to ruin a person’s life (this time, a 17 year old kid) to feed their race-obsessed ‘rampant white supremacy’ lie,” she said. “Journalists and Big Tech are the true enemies of the American people.” She also tweeted that she hopes Rittenhouse files lawsuits against the authorities.

If convicted, Rittenhouse is looking at spending the rest of his life behind bars.