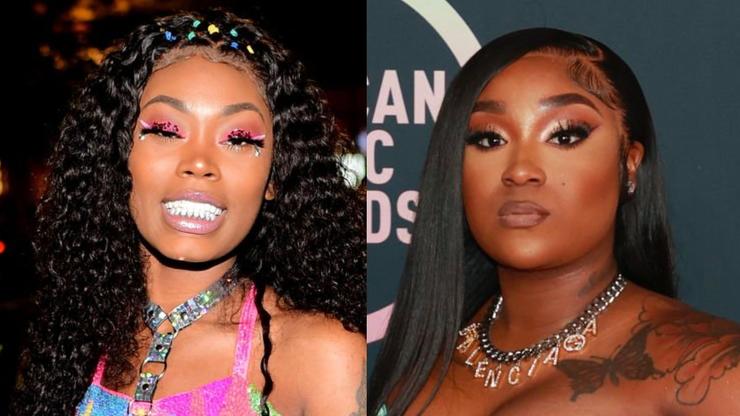 After someone tried to include her name in Banks’s recent drama, Asian Doll wanted no parts of it.

Those remarks recently made by Erica Banks are still a hot topic of discussion. The Texas rapper ruffled feathers over the weekend after a clip of an interview went viral where the “Buss It” hitmaker addressed wanting to collaborate with Nicki Minaj. Banks said, “I love Nicki, but I just felt like, I been trying to reach out to her for a long time but I felt like she kinda ignores me and she entertains girls who really can’t rap.”

As brief as the moment may have been, Banks became a trending topic as Minaj’s Barbz weighed in. Nicki has collaborated with Doja Cat, Bia, and most recently Coi Leray, and fans were quick to accuse Banks of targeting her Rap peers unprovoked.

Coi Leray laughed off the comments and didn’t pay it any mind, but Asian Doll’s Twitter fingers were furiously typing out responses.

“Erica played HERSELF nun of the rap girls think like this except the person that sat her ass in that seat on that stage &said what she said so therefore she standing on that ALONE don’t drag us with this women with all RESPECT [one hundred emoji],” Asian Doll tweeted to a fan who tried to say that “all the girls” in Rap felt the same way as Banks. Another person placed Asian Doll’s photo next to Banks’s and claimed that both women were mad because they couldn’t get a feature from Minaj.

“Ayo don’t speak on me including me & my name & everything I’ve built randomly involving me in the next b*tch situation tf,” Doll continued. “She sounded dumb asf*ck we nun alike keep that sh*t over there fr I don’t agree or respect sh*t she said so the side by side pics ain’t giving at all bye.”

Banks has previously stated that Minaj has blocked her on social media. Check it out below.