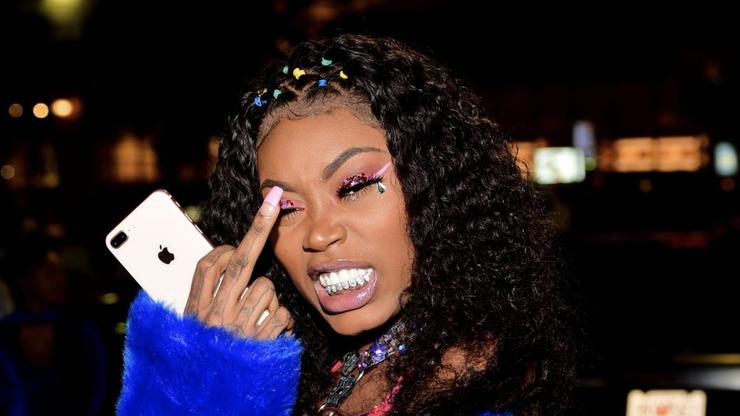 She has regularly aired out her frustrations with the platform and months ago walked out of an interview.

Her dislike of VladTV is well-documented and Asian Doll has once again come forward with a complaint. The rapper has regularly called out the popular interview platform for bringing up her relationship with King Von. Following the Chicago rapper’s murder, Asian Doll publicly grieved his loss and shared images, videos, and memories of their romance. This was met with backlash by many, and VladTV has sometimes asked its guests about their thoughts about the couple.

This has been a point of conversation that Asian Doll has taken issue with, but back in February, it seemed as if the animosity had been put to rest. However, Doll would later share a clip of the brief interaction where she blasted the platform and walked out of the interview before things even got started.

Calboy recently sat down with VladTV, as well, and during his discourse, interviewer Shirley Ju asked him about Doll and Von. He said that from his perspective and based on what he saw for himself, Von was always happy whenever he was with Doll.

Asian Doll reshared the clip but not without calling out VladTV once again while having some choice words for Ju.

“WHY TF VLAD SO OBSESSED WITH ME & VON WTF WHY IS EVERYBODY SO F*CKING OBSESSED WITH US BRO EVERY INTERVIEW THIS B*TCH ASKING ANOTHER ARTIST ABOUT ME & VON WTFFFFFF LEAVE IT BRO DAM,” she tweeted. In another, she added, “Please don’t interview nobody else saying my name before I run down on you shirley w/ yo fake ass [100 emoji].”