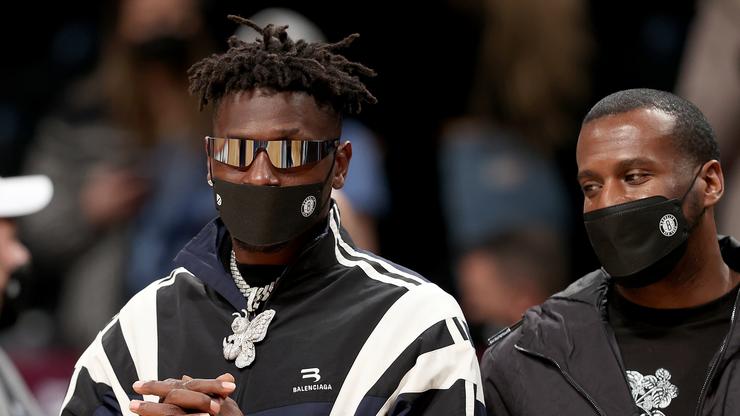 Antonio Brown has never been a fan of Bruce Arians. During his time with the Tampa Bay Buccaneers, Brown was clearly a critic of the head coach, especially last season as Arians continued to downplay AB’s injury. It eventually led to Brown leaving the team in a blaze of glory which made headlines all around the world.

Since that time, Brown has been doing everything he can to get back at Arians. For instance, AB has been keeping tabs on this Mike Evans situation, as multiple videos show Arians egging Evans on prior to his brawl with Marshon Lattimore. Brown even commented on one of these videos, saying “Per NFL He was Fired, U see he still causing problems.”

Arians was never fired, so it is curious as to where AB got this information. Not to mention, the video he commented on was doctored, as per reporter Dov Kleiman.

“That video is heavily edited,” Kleiman explained. “The first part between Marshon Lattimore and Arians came earlier. The second part, where Evans goes back to the field from the sideline happened when Lattimore hit Fournette in the face after talking to Tom Brady. Lattimore wasn’t next to Arians.”

The AB Vs. Arians feud will not be stopping anytime soon. No matter what, Arians is still in the NFL, so in a way, he has the last laugh.