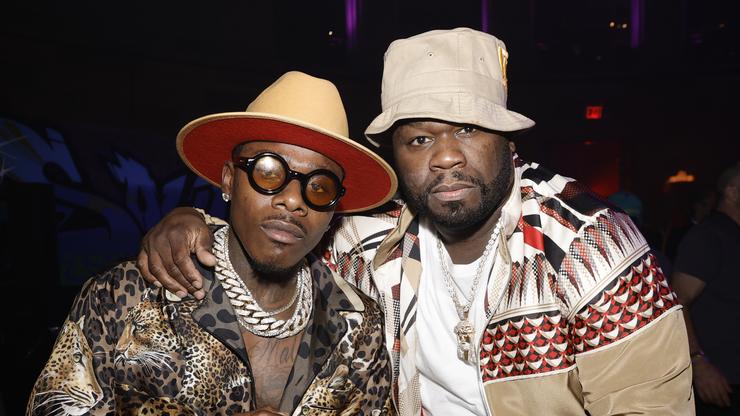 DaBaby’s “BOOGEYMAN” gets a co-sign from 50 Cent.

Things have been rocky in DaBaby‘s career ever since his infamous Rolling Loud appearance, where he practically set himself up to be canceled. Not only did he get accused of being homophobic following an attempt to engage with the crowd but he also brought Tory Lanez out on stage, a year after he was accused of shooting Megan Thee Stallion.

There’s been friction between Meg and DaBaby, who collaborated on numerous occasions, ever since 2021 Rolling Loud Miami. However, DaBaby claims that there’s more to their relationship than songs like “Cash Shit” and “Cry Baby.”

On DaBaby‘s new single, “BOOGEYMAN” off of Baby On Baby 2, he alleged that he and Megan Thee Stallion were sleeping together before she accused Tory Lanez of shooting her.

“The day before she said that Tory Lanez shot her, I was fuckin’ on Megan Thee Stallion
Waited to say that shit on my next album
Hit it the day before too
But I kept it player, I ain’t say nothing ’bout it
Had her pretty boy, boyfriend tweeting me, ready to die ’bout the bitch like a coward
I told you n***as don’t play, now you gone have to handle me”

The bars got the people talking like DaBaby intended. It didn’t generate. Though it was largely disapproval, it seems like 50 Cent is here for it. The rapper hit Instagram with curiosity surrounding the song when it first dropped, writing, “WTF anybody seen the boogie man because i’m a need to hear this shit right now!”

He later co-signed the record in another post. “oh no, [face palm emoji] this shit is crazy [eyes emoji] The Boogie Man track 3 [fire emoji] Damn,” he wrote.

There’s no doubt that this will intensify the issues between DaBaby and Megan Thee Stallion but we’ll see if she ends up responding.