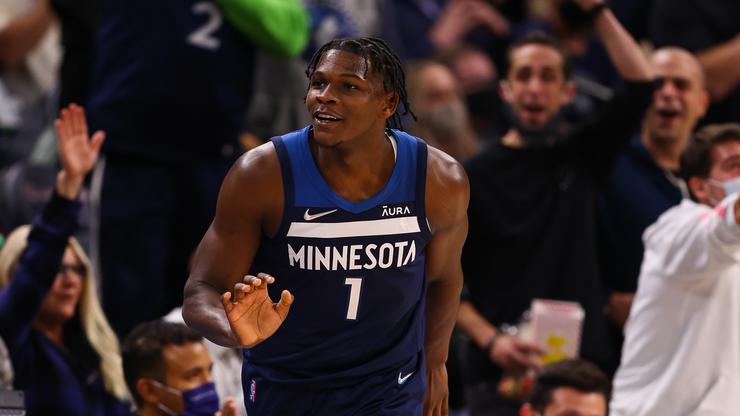 John Madden’s death this week hit hard for football fans all over the nation. Along with being a legendary broadcaster and coach in the NFL, Madden was also the namesake of the EA Sports video game that monopolized football video games.

Many of today’s youth grew up playing Madden and still do, so this added another dimension of heartbreak when John passed at the age of 85 on Dec. 28. Among those avid Madden fans is Minnesota Timberwolves star Anthony Edwards. Ant is only 20 years old, and is already one of the most elite players in the NBA. Along with this career, though, he is also passionate about video games.

Edwards claims he is the best Madden player in the NBA, and when asked about the tragic death of John Madden, he said he was playing his video game, and offered a humorous tribute to the late broadcaster: “It was sickening, man. I was playing Madden when I heard the news. So I had to beat somebody by 30, 40 points to show my respect.”

Edwards continued by saying if he were to play Madden professionally as an e-gamer, he would refuse to play alongside some of his T-Wolves teammates. He already had some gamers in mind that he prefers to play with in YouTubers BlackReign4 and Throne: “They’d be on my team and we won’t lose.”

Although John Madden is no longer with us, it is clear through young men like Anthony Edwards that his legacy will still stand for generations to come. The NFL plans to celebrate that legacy during this weekend’s games.