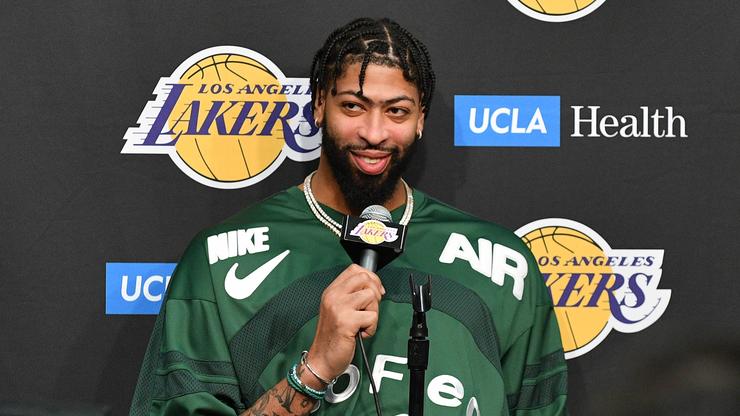 NBA refs continue to get softer.

Over the past couple of years, NBA fans have noticed that the referees are starting to insert themselves into the game way too often. Even the smallest things can get a player kicked out of the game, and it makes basketball less fun to watch as a whole. The refs have remained pretty arrogant about it all, and it seems as though they just want to get some TV time for themselves.

Perhaps the most egregious referee-player exchange took place last night as the Lakers took on the Bulls in Los Angeles. The Lakers were down by 20 in the 3rd quarter, when Anthony Davis was kicked out of the match, to add insult to injury. As you will see in the clip below, it was all for a pretty silly reason.

Davis went down on the floor behind the bassline where he tied his shoe. The referee didn’t give Davis much time to adjust the shoe, which left Davis out of the play. Naturally, the Lakers superstar was unhappy about this and he let his feelings be known. Having already had one technical foul from earlier in the game, the ref decided to give him another, which forced him out of the lineup for the rest of the game.

It was a truly ridiculous moment and one that fans called out on Twitter. Davis was also visibly annoyed by the whole thing, and at this point, any NBA fan can agree that this is starting to get out of hand.