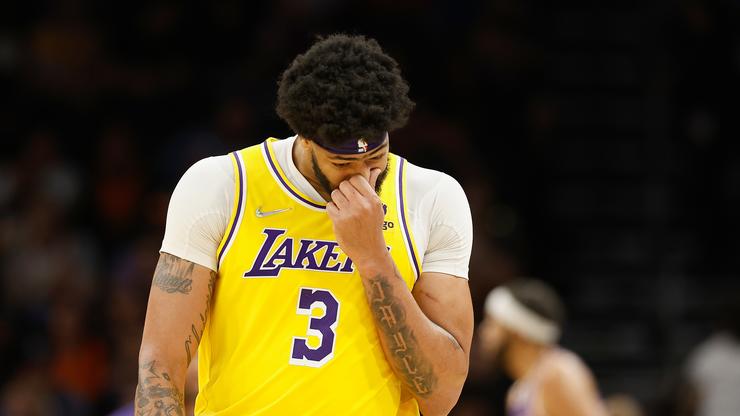 The Lakers have a lot of options.

Anthony Davis’ last two seasons with the Los Angeles Lakers have been filled with injuries. After helping the team win a championship in 2020, Davis has been experiencing a plethora of health problems that have ultimately made it difficult for the Lakers to find any momentum. This has been frustrating for everyone involved with the team, and there has been this sense that the Lakers roster could be blown up if LeBron James leaves next summer.

For instance, a new report from heavy.com makes the claim that some Lakers executives are looking at trading AD. The only way this would happen, however, is if LeBron leaves in the offseason. LeBron and AD are way too tight for the Lakers to make a move right now, although, without LeBron, the team’s motivation for keeping Davis appears low.

“A lot of that depends on where LeBron winds up. If he stays in Los Angeles and he stays a Laker, he had a lot personally invested in AD being there so, yes, in that case, Davis stays. But it is not a sure thing. There are some in that organization who would not mind seeing what they can bring back for AD, but they would not do it with LeBron there. You get to 2024, though, and maybe things change. […] The Lakers have AD for two more years for sure, and they can only hope he stays healthy. But after that, they have to think, is this guy really our future? He can’t stay on the floor. And he has to think, do I want to be here without LeBron? That’s why the Lakers do not want to give up those future picks.”

With LeBron yet to make up his mind over an extension with the Lakers, there is no doubt that the team’s future is up for discussion. Stay tuned to HNHH for the latest news and updates from the NBA world.