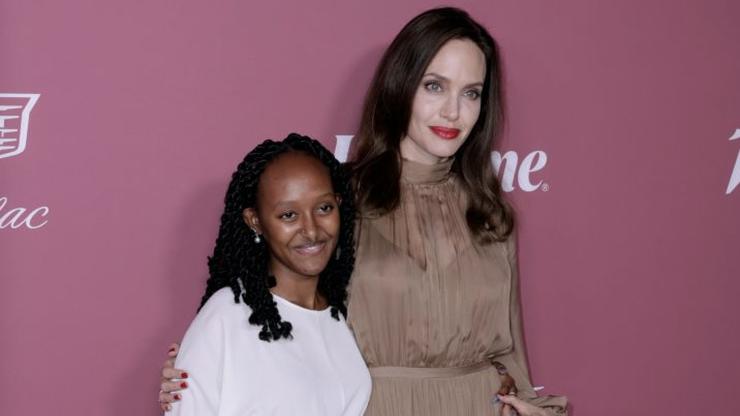 17-year-old Zahara Jolie-Pitt will be attending the historically Black school this fall.

Angelina Jolie’s kids are all grown up! The mother of six revealed via Instagram this past weekend that she’s gearing up to send 17-year-old Zahara Jolie-Pitt off to post-secondary this fall.

On Sunday (July 31), the Maleficent actress shared a photo of her adopted daughter posing alongside several other young women. “Zahara with her Spelman sisters,” she wrote in the caption, revealing that the 17-year-old has enrolled in a historically Black institution for her studies.

“Congratulations to all new students starting this year. A very special place and an honour to have a family member as a new Spelman girl.”

While visiting Spelman College with her daughter, Jolie found herself pulled into a group dance of the Electric Slide, which she tried to run from, seemingly out of embarrassment, though the crowd cheered her on as she attempted the steps.

The clip has since been floating around social media, causing plenty of viewers to laugh along with the 47-year-old actress while she attempted to keep up.

Aside from Zahara, Jolie shares five other children with her ex, Brad Pitt – 14-year-old twins, Vivienne and Knox, 16-year-old Shiloh, 18-year-old Pax, and 20-year-old Maddox – the latter of whom were also adopted during the famous pair’s marriage.

Of her offspring, the Los Angeles native has said, “I have six very individual human beings in my home. I am so excited about all the different stages and feelings and curiosities that they go through. Why wouldn’t you be?” in an interview with PEOPLE last year.