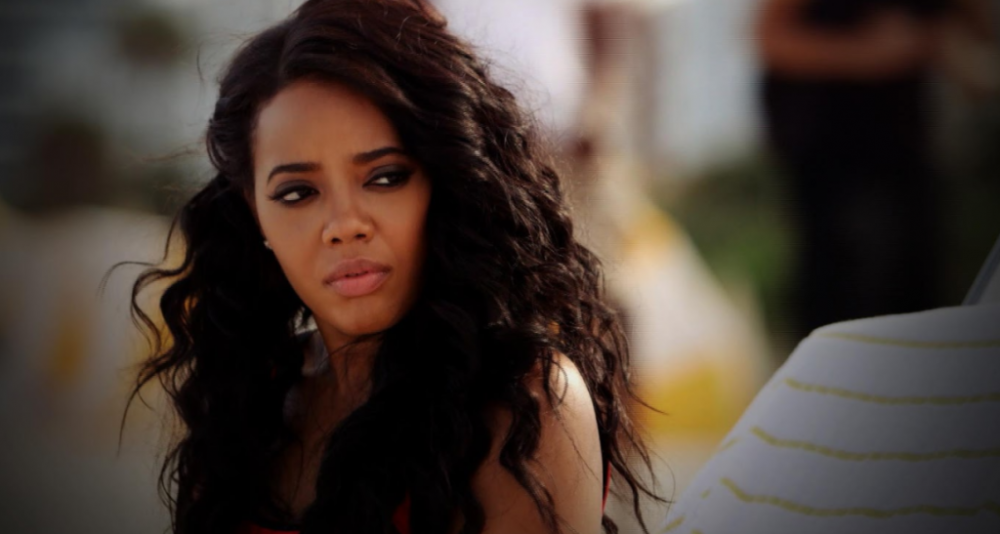 Growing Up Hip-Hop star Angela Simmons swept fiancé Sutton Tennyson out with the dust to ring in the new year. That doesn’t mean her name won’t be throw into headlines alongside his… Bossip is reporting that Simmons’ ex was facing down a lawsuit and drug charges during their time together.

The gossip website claims that Tennyson was hit with a felony transportation and sale marijuana charge after Los Angeles police arrested him near the airport in early 2015. They go on to say that Tennyson recently pleaded ‘no contest’ to a lesser charge and was sentenced to 30 days community service and a suspended sentence four months in jail.

In addition to that, Bossip points out that Tennyson is currently being sued by Ford for breach contract. The car company claims that he stopped paying his lease and still owes them $3200.

Simmons closed out the year with a sad post that revealed to the world that she’s moved on from Tennyson, who has a young son with the reality TV star. She shed some light onto why she was separating from her now ex-finacé, clearly implying that he didn’t treat her well in a message to single mothers.