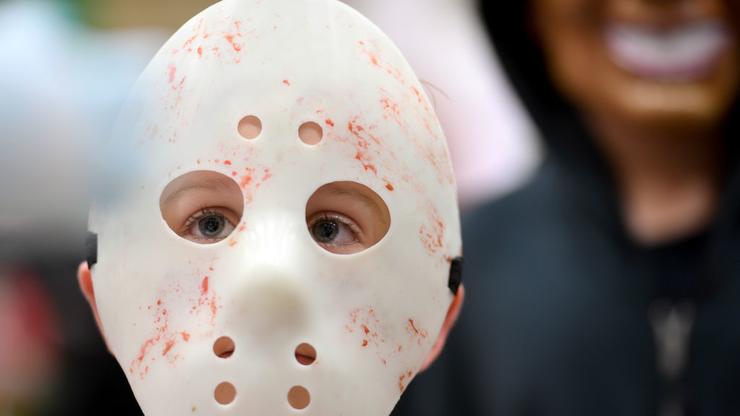 Alberto “Alpo” Martinez’s alleged final photos have been posted online by Popperazzi Po, who has previously claimed to be the infamous drug kingpin’s son. The Harlem-based drug dealer was killed in a drive-by shooting on Sunday morning, and he allegedly tried to conceal his identity before being shot by wearing a Halloween mask at a party.

The photos, posted by Popperazzi Po, seemingly show Martinez wearing a black hockey mask with a Louis Vuitton jacket and blue jeans. While Po seemingly confirms that the man in the pictures is his father, others are corroborating the claims, alleging that the man has similar eyes to the kingpin.

Martinez was reportedly killed after being shot in a car outside of a party after 3 am in Harlem. He managed to reportedly drive away from the scene of the shooting, but he allegedly crashed into a parked car and was declared dead shortly after.

“They Can Say What They Want But I Know What I Know And I Forgave You For Everything [Except] Leaving Me Here With This Hate Alone,” allegedly wrote Popperazzi Po on Instagram.

Take a look at the alleged last photos of Alpo Martinez below, and check out Rich Porter’s niece’s reaction to his death here.