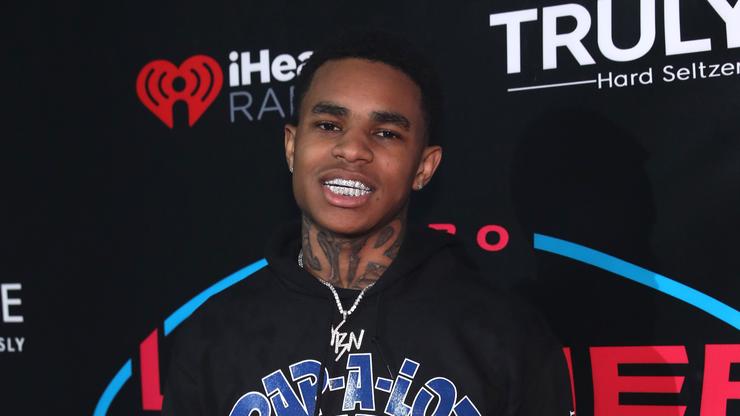 Now that he’s dropped the YBN from his name, Almighty Jay is embarking on a new season of his career. The rapper has faced his fair share of controversies since emerging in the Rap scene years ago, and he recently sat down with VladTV for an extensive interview about his most talked-about headlines.

Jay revealed that when they signed their deal with manager Jame McMillian, the YBN rappers weren’t aware that McMillan also had a partnership with Rap-a-Lot Records. Although that was something they weren’t aware of initially, Jay now says he looks at Rap-a-Lot icon J. Prince “like a dad.”

“I look at him and respect him like a father figure,” Jay added. Vlad then brought up the 2019 incident when Almighty Jay was robbed on the street of his cash and jewelry—including his Rap-a-Lot chain. During the incident, the entire side of his face was slashed. At the time, reports stated that he had 300 stitches but the rapper now states it was only 14.

“I ain’t really feel that sh*t until like, the next day, though. ‘Cause my adrenaline was pumped. It started off as like, a fight, like, I was really tusslin’ with n*ggas and end up getting cut up,” he said. Jay also claimed that he wasn’t aware that his face had been cut until he awoke in the hospital with a neck brace on.

At the time, J. Prince sent out a public message asking for Jay’s items to be swiftly returned and unsurprisingly, his request was fulfilled. Jay spoke about being confused as to why someone would rob him and then go on the internet to brag about it.

“I didn’t even know who the f*ck robbed me until they went online and told on theyself,” said the rapper. Watch the clip of his interview with VladTV below.