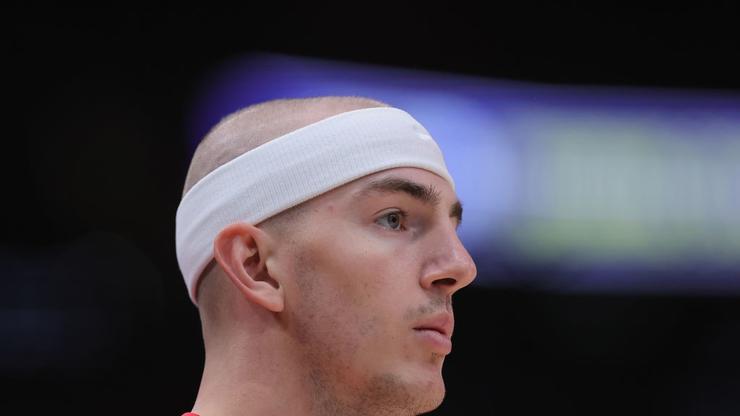 Caruso says that Lonzo can now enjoy playing the game of basketball with Chicago, as opposed to LA.

Former members of the Los Angeles Lakers, guards Lonzo Ball and Alex Caruso have continued to enjoy success away from the bright lights of Hollywood, as they seem to have found a home playing in Chicago for the Bulls.

Chicago currently sits atop the Eastern Conference with an overall 8-3 record that ties the Washington Wizards for the best record in the East through the first several weeks, exceeding expectations while playing a brand of basketball predicated around pushing fast-breaks and shooting efficiently from three.

Both Lonzo Ball and Alex Caruso have been instrumental for the Bulls this season, as Ball is currently shooting a white-hot 44.7% from 3-point range on nearly seven attempts, while Caruso has been tenacious on the defensive end, currently accounting for the second-most steals in the NBA at 29.

Ball especially has come a long way since his rookie year and has transformed himself into one of the best knockdown shooters in basketball, living up to his second overall pick status in a way he didn’t necessarily reach in Los Angeles. Caruso, who was there with Lonzo during his early years with the Lakers, joined former player JJ Redick on his Old Man and the Three podcast and explained how the Lakers may have been holding this version of Lonzo back.

Caruso said on the podcast, “I felt like when he got to L.A, he tried to play a different game. He tried to fit into what the NBA point guard is supposed to do or what they wanted him to do. I feel like over the last year, year and a half, he started to play his game. Which is no conscience. If you’ve got it on the break, you push it and play fast, because that’s how he played in high school, it’s how he played in college. That’s the reason he was the number two pick in the draft.”

He continued, “I think he got away from that in L.A for whatever reason, like i have no idea what strings were pulled and voices were being heard, but the fact that he’s back to playing like himself, I think he’s just enjoying the game of basketball.”

Caruso has had a front-seat view of Lonzo’s maturity and progression from when they were both members of the Lakers back in 2017, until now. Sometimes, a change of scenery can go a long way in fully being able to tap into one’s highest potential.

Check out Caruso’s comments on the Old Man and the Three podcast, below: