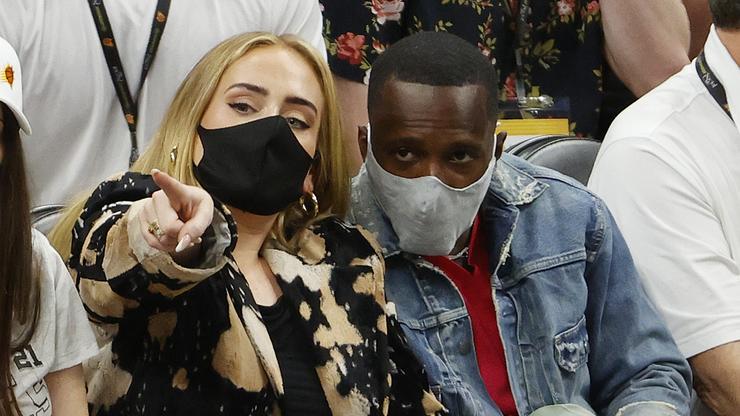 Adele and her boyfriend Rich Paul were spotted having dinner in West Hollywood.

After making their public debut sitting courtside at Game 5 of the NBA Finals back in July, it appears that Adele and Rich Paul are cozier than ever. The duo was spotted out and about in West Hollywood on Monday night, enjoying a coastal European meal at Olivetta.

The “Chasing Pavements” singer slicked her signature blonde hair back into a ponytail to show off her gold hoops. Her face, which appeared to be make-up free, was covered by a black protective face mask. Paul also opted for a casual look as they dined on Melrose Ave, wearing a denim button-up, joggers, and of course, Nikes.

Just last month a source close to the couple told PEOPLE that the duo has been keeping things casual. “It’s not super serious, but they’re having a good time. They have mutual friends in common, so that’s been nice. She’s having fun and being social. [Adele] has relaxed a lot. She’s not quite as private as when she was married,” the source revealed.

“She is living her life and doing great. She is having a great summer with [her son] Angelo. They are spending most of their time in LA.”

Her sports agent boyfriend, on the other hand, doesn’t seem to be having quite as much fun – it was recently announced that Paul is being sued by Nerlens Noel for $58 million in lost salary.