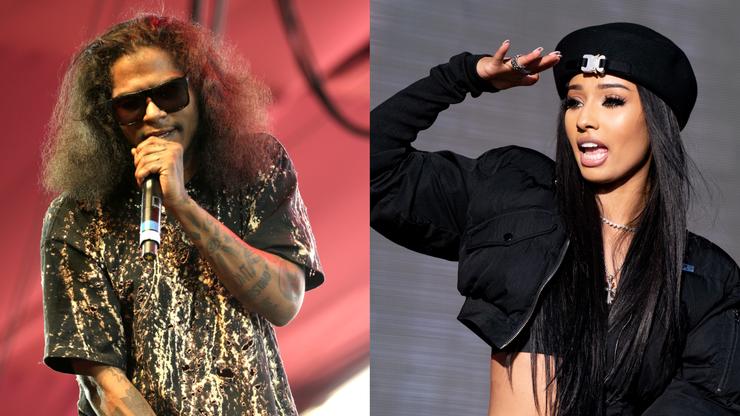 Ab-Soul just revealed that he is interested in working with the 2021 XXL Freshman.

Five years, six months, and 15 days have passed since Ab-Soul dropped  Do What Thou Wilt., but thanks to a slew of updates over the last several months, it appears that fans are finally getting closer to hearing the TDE artist’s long-awaited fifth studio album. In December, he revealed that his next body of work was reportedly 80% done, and earlier this year, he shared a fiery snippet that name-dropped Kanye West.

Now, two months after the release of “Hollandaise”— his first solo single in two years — Ab-Soul is once again shedding some light on his creative process. On June 22, the Control System artist shockingly tweeted out that he wanted to rap with Rubi Rose, one of the most polarizing picks for the 2021 XXL Freshman Cover.

“I wanna rap wit @RubixxRose,” Ab-Soul tweeted out to many fans’ surprise. In less than 24 hours, the veteran TDE artist received an eager reply from the For The Streets rapper, who wrote, “Let’s get it.”

Whether or not their Twitter pleasantries will develop into a full-fledged collaboration is yet to be seen, but in the meantime check out the tweets for yourself below.

Let us know in the comments if you would like to hear the artists connect over wax, and stay tuned to HNHH to see if a Rubi Rose and Ab-Soul collaboration ever comes to fruition.