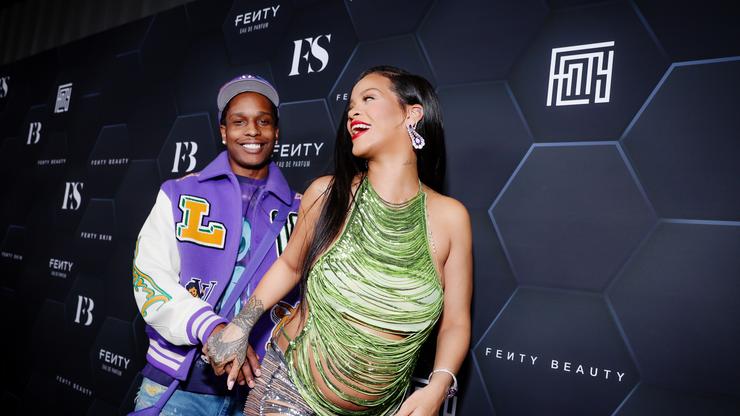 A$AP Rocky and Rihanna had fans thinking they were getting married.

A$AP Rocky had himself a massive day on Thursday as he released his latest single, “D.M.B.” In true Rocky fashion, the artist released an accompanying music video for the track, and it featured his sweetheart Rihanna. As everyone knows by now, Rihanna is pregnant with their first child together, and everyone has been head over heels for these two as a power couple.

In the music video, the two can be seen in various locations throughout New York. The visuals are quite stunning, and the two do a great job of varying up the scenery as well as their outfits. Overall, the video is quite striking, and fans couldn’t help but notice the scene in which Rocky’s grills say “Marry Me?” while Riri’s say “I Do.”

Of course, fans immediately took this as a sign that the two were either married or were going to get married soon. In the end, it appears as though that is not the case. According to TMZ, sources with direct knowledge of the situation have confirmed that the two just wanted to have some fun with their music video. Needless to say, fans might be a bit disappointed by this news.

As for some of the hardware that could be seen in the video, Rihanna‘s grills were made by custom artist Dolly Cohen who truly did a phenomenal job with the piece below.

Let us know what you thought of the stunning music video, in the comments below.