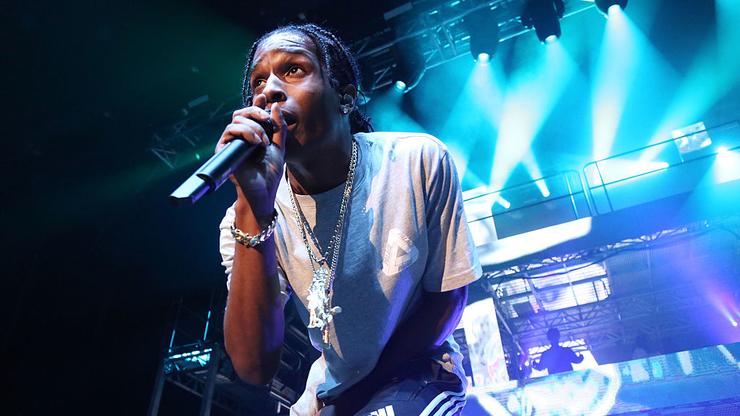 A$AP Rocky provides a glimpse into “ALL $MILES,” previewing an interesting and trippy new banger at a recent concert.

It’s been several years since A$AP Rocky delivered his latest studio album Testing, a project that drew divided responses from fans. While some appreciated Rocky’s more experimental approach, others pined for a more traditional hip-hop effort from the talented Harlem artist.

Now that Testing has had time to resonate, Rocky has set his sights on the next chapter, which has essentially been confirmed to be ALL $MILES. And while he hasn’t been entirely forthcoming with news about the anticipated project, attentive fans will have noticed that Rocky has been performing new music at various concerts and beyond.

Recently, Flacko provided an intriguing glimpse into what he’s been cooking up for ALL $MILES. During a recent concert, Rocky queued up a vibey, hypnotic banger that finds him experimenting with some pitched-down melodies. He also spits a few bars as well, delivering a rapid-fire flow over the atmospheric synthesizers.

As some fans noted, it’s not the first time Rocky performed this song live — some have even taken to calling it “Mushroom Cloud,” as some of the lyrics appear to make reference to that. Regardless of title, it’s clear that Rocky is cooking up some impressive material, and it will be exciting to see how this one sounds when the final studio version drops.

Alas, he’s opted to keep the ALL $MILES release date close to the chest, though it wouldn’t be entirely surprising to see him deliver the project this year. In the meantime, check out the latest snippet below, as captured by Our Generation Music.