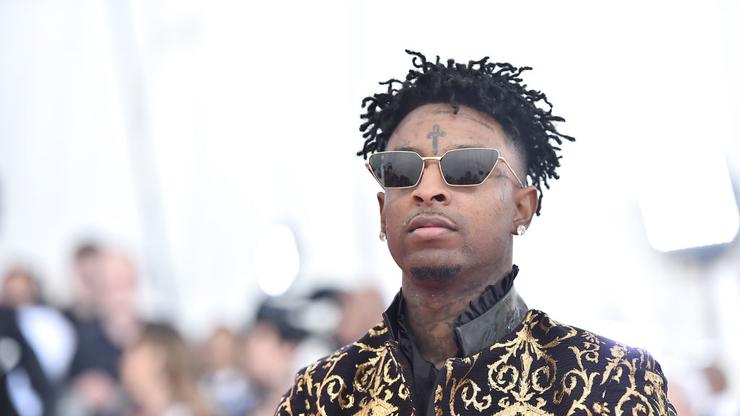 21 Savage addresses his comments about people in Atlanta thinking Future is a bigger artist than Drake.

21 Savage is set to appear on the upcoming episode of Off The Record with DJ Akademiks, and the audience has already watched a couple of clips from the rapper’s sit-down conversation with the hip-hop media personality. During his appearance on the show, Savage spoke about his loyalty to Drake and why he likely wouldn’t have accepted a feature on Kanye West’s new album DONDA. He also touched on Drake and Future‘s popularity, claiming that in his hometown of Atlanta, you can’t convince some folks that Drake is a bigger artist than Future.

“N***as don’t be listenin’ to Drake like that where we are,” said Savage on Off The Record. “If I wasn’t a rapper, I don’t feel like I still would listen to Drake, for real. It’s just I’m a rapper so I understand the work he puts in and how hard he goes. When you ain’t no rapper, all them statistics don’t mean shit. A regular street n***a don’t give a fuck about how many times you went #1, how many white people listen to your shit ’cause, them n***as, the furthest they think is the club. Who’s selling this club out? That’s who they think is the biggest n***as.”

He went on to state, “In Atlanta, it’s a lot of n***as who you can’t tell them Future ain’t bigger than Drake. On god, n***a. I used to think that! Drake ain’t really no big mixtape artist like that. How you got all your Drake albums, you probably really went in the store and bought those motherfuckers. Every Future album I ever heard was a bootleg. N***as was bootleggin’ it or going to Live Mixtapes. So when Nothing Was The Same and all that type of shit came out, n***as ain’t knowing how to get to that.”

As people have been reacting to Savage’s comments on social media, the rapper is correcting some blogs putting words in his mouth, tweeting back at an account that claimed he said that Future was definitively “bigger than” Drake in Atlanta.

“Na I said some people that come from where I come from do,” clarified Savage. “Because when I was younger I was disconnected from mainstream music I didn’t know what Spotify was until I was a rapper…all we knew was mixtapes.”

The rapper also caught wind of somebody saying he looked “dead” during the interview, replying, “Y’all just be saying anything [laughing emoji] what da hell is u talking bout?”

What do you think of Savage’s comments?