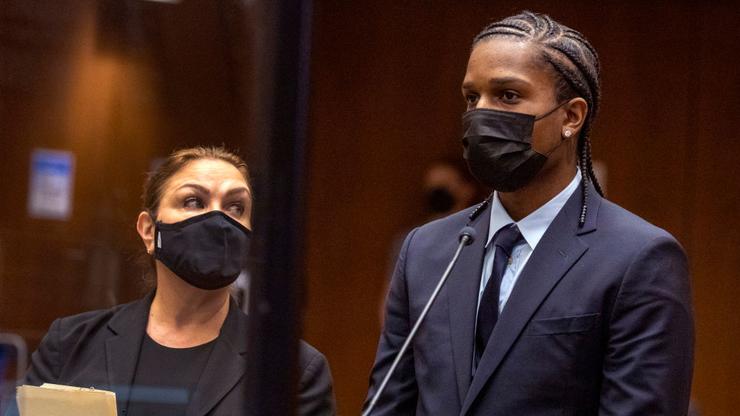 If found guilty, the 33-year-old father of one could face up to nine years in prison.

As A$AP Rocky continues to settle into his new role of fatherhood alongside his girlfriend Rihanna and their young son, the New York-born rapper has a big case hanging over his shoulders – one that, if found guilty, could find the 33-year-old spending as many as nine years behind bars.

On Friday (September 16), Complex shared a report regarding court documents they’ve obtained related to the case revealing that Rakim Mayers has denied his former friend’s allegations.

“Answering defendant generally denies each and every allegation of the complaint, and specifically denies that plaintiff has been damaged in any amount or in any way as a result of any act or omission of answering defendant,” the latest filing from Rocky and his legal team reads.

It seems the Testing artist is taking the opportunity to point out where Relli was in the wrong, writing that his injuries “were caused solely, directly and proximately by the negligent and/or intentional acts or omissions” of another person.

The report notes that the alleged victim “failed to exercise reasonable care to avoid the consequences of harm.”

According to Rolling Stone, the rapper’s lawyers have been taking a “broad approach” to the civil charges brought against him seeing as he’s also facing a criminal case; at this time, they are unable to speak to their defence theories.

In Relli’s lawsuit (filed back in August), he requests monetary damages after allegedly being assaulted. He also claims battery negligence as well as intentional infliction of emotional distress.

That same month, the “Distorted Records” hitmaker pleaded not guilty to the two criminal charges of using a semiautomatic firearm to assault the former A$AP Mob member.

The Harlem-born entertainer was released on a $550K bond earlier this year, and as we mentioned earlier, he could be facing up to nine years behind bars if found guilty.

Tap back in with HNHH later for more hip-hop news updates.