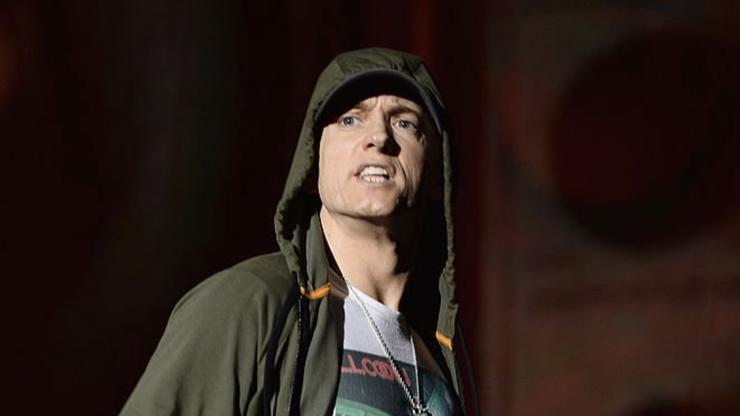 “I wanted to be respectful because what I do is Black music. I knew I was coming into it as a guest in the house,” he said.

A Rap legend is helping XXL celebrate 25 years of publications. Eminem penned a detailed editorial for the magazine in honor of it observing such a massive accomplishment, and fans have been reeling from receiving information straight from the Detroit icon. The rapper spoke openly about his drug addictions, grieving the loss of his friend, the rise of his career, and his relationships with his peers. Em also touched on his previous animosity with XXL all those years ago when the magazine covered his come-up.

“When things started happening for me, I was getting a lot of heat, being a White rapper, and XXL wrote something about that,” said Eminem. “I flipped to the last page first and XXL was dissing me. What the f*ck?”

“I don’t even know if I read the whole article—I was used to reading things like that about me—but it hurt because I felt they didn’t know me to make that kind of judgment,” he continued. “Coming up, I had to deal with that a lot. I wanted to be respectful because what I do is Black music. I knew I was coming into it as a guest in the house. And XXL, The Source, Rap Pages and Vibe were hip-hop bibles at the time.”

Although he was upset, he was aware of why some in the industry would feel a certain way about his presence, especially as he amassed success.

“I understood, at the same time, everybody’s perception of a White guy coming into Hip Hop and all of a sudden things start happening for him. So, if XXL would’ve even had a conversation with me, maybe they would’ve understood me more. Obviously, I was upset. And it wasn’t just magazines. I had rappers left and right taking shots at me. I was used to that, too. Coming up through the battle scene, that didn’t mean sh*t to me, you know? I would go head-to-head with whoever.”

Obviously, he mended fences with the outlet, hence penning a cover feature, but did mention that he dissed XXL on “Marshall Mathers.” However, while beefing with Benzino, formerly of The Source, he used XXL to his benefit.