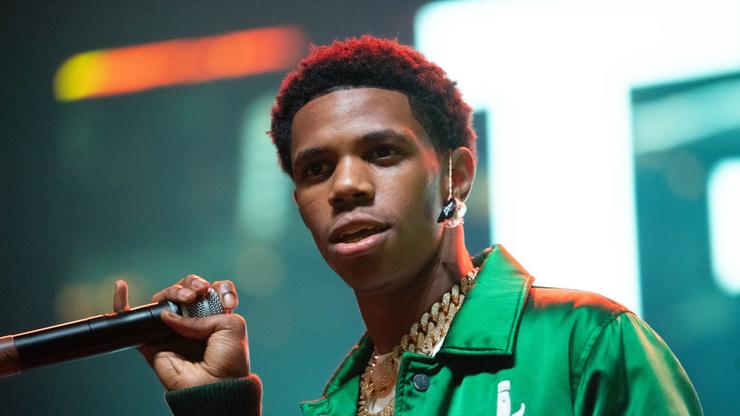 He might not always come to mind in conversations of commercial dominance, but A Boogie Wit Da Hoodie has the numbers to prove he’s  one of the game’s biggest names. Not long ago, the melodically-inclined New York rapper secured a slew of platinum plaques (bringing his grand total to thirty-six), including one for his 2016 debut mixtape Artist. Given the significance the project clearly has to A Boogie, the rapper took to Instagram to pen a lengthy reflection on the new milestone.

“Artist just went platinum,” he writes, alongside an image of the project’s cover art. “Thanks to all my Day 1 fans for helping me get where I am today it’s been a real crazy run for me especially knowing the fact that I used to be a nobody just a kid from the Bronx. I learned a lot on this Journey and I can’t wait to show you all what I’m making out of it. Nothing but Love and blessings I hope everyone is staying safe. Keep on being great.”

A wholesome moment for fans of the rapper, and a promising sign of things to come in the future. Though it’s not surprising to see A Boogie celebrating a platinum plaque, it’s telling that he singled out Artist specifically; it goes without saying that the tape held a special significance to him, as it was for all intents and purposes his entry into the game. Check out his reflection below, and be sure to keep an eye out for whatever A Boogie has been cooking up in the studio — do you think he’ll deliver another project before the end of the year?