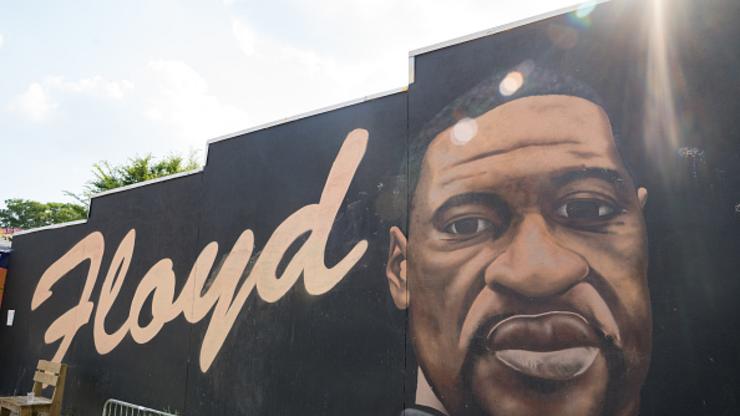 It will be unveiled today in front of Newark City hall in Jersey.

Late last month marked the first anniversary of George Floyd’s death. After Derek Chauvin was formally convicted of Floyd’s murder in the high-profile case, the decision was a landmark one, marking one of the first times an officer has ever been convicted in a racially charged justice case.

Floyd has been commemorated in numerous ways throughout the country. According to reports, 24 states and the District of Columbia enacted police reform legislation immediately following his passing. In New Jersey, Newark Mayor Ras Baraka is set to unveil an enormous statue of the late Minneapolis resident to be displayed outside of their City Hall for at least one year.

“The artwork honors the life of George Floyd, an African-American man who was brutally murdered by a white Minneapolis police officer,” the mayor’s office said in a statement.

They furthered, “Mr. Floyd’s death elevated the ‘Black Lives Matter’ movement which has resulted in an international response, including protests, police reform measures, and the removal of Confederate statues from public parks and racist names from organizations.” In addition to the statue, following Floyd’s death, New Jersey also prohibited the use of force by an officer towards a civilian unless it’s the last resort.

The Newark event honoring the life of George Floyd with a statue coincides with Juneteenth 2021. The statue was donated to the city this week as a part of an effort to develop a “world-class public art program.”

The event is scheduled for 2:30 pm outside City Hall. It will also be streamed via the city’s Facebook page here.