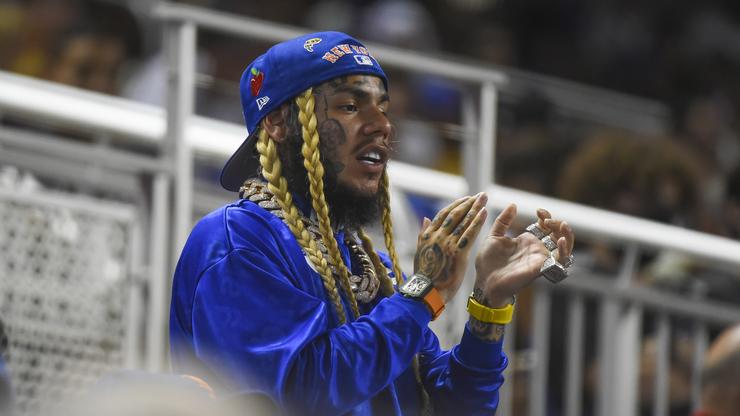 The alleged attacked explains what led him to punch Tekashi 6ix9ine at a Miami club.

Tekashi 6ix9inefinally got touched. The rapper’s boasted of how he can roam the streets untouched but during a visit to a nightclub in Miami, someone clocked him in the back. 6ix9ine denied that he was harmed and said there were no previous issues that led up to that moment.

TMZ recently caught up with a man who goes by @ItzMrBHN on social media. After going viral with the clip, he explained that he doesn’t feel any regrets about swinging on 6ix9ine.

“It was definitely the right thing to do,” he said. “Hopefully, that humbled him a little bit because now he’s trying to pass out money and all that, trying to make everybody in the streets and so on [to show] he has sympathy in his heart and all that. Nah, you not that type of person.”

“His security pushed me all the way out the way. Just pushed me. So it kind of pissed me off. And you know, I’ve had issues with this security before,” he explained. “As I’m standing there, another security just walks by and just steps on my shoes. Steps on my shoes and slight elbow over again,” he added, which led him to punching 6ix9ine.

Check the full clip below.