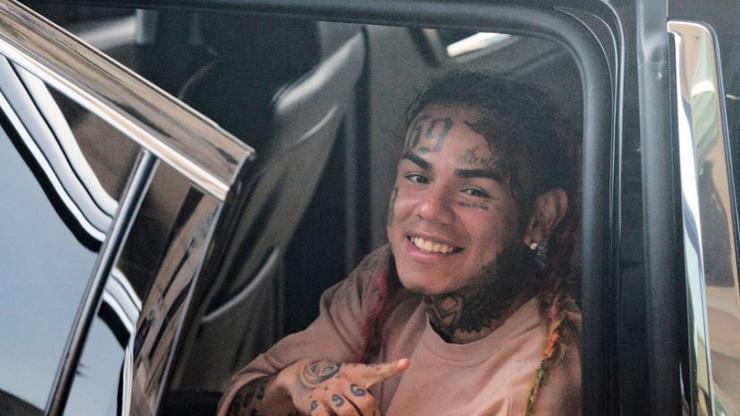 As the masses mourn King Von, the “TattleTales” rapper uses the tragedy to beef with Lil Durk.

Hip Hop was dealt a heavy blow when the news of King Von‘s death was confirmed. The 26-year-old rapper was gunned down in a shootout near an Atlanta nightclub and reports have stated that it may have escalated after an altercation with Quando Rondo‘s crew. As authorities attempt to piece together what happened during the tragic event that took the lives of three people, family, friends, and fans of King Von have taken to social media to offer their fond memories and condolences. Lil Durk shared his grief and disbelief with the public, and his foe, Tekashi 6ix9ine, seems to be reigniting beef with the Chicago rapper in the wake of this tragedy.

First, 6ix9ine commented a laughing emoji on a video Durk on Instagram Live as people commented that Von had been shot. After Lil Durk posted a photo of Von with the caption, “MY TWIN GONE I LOVE YOU BABY BRO – D ROY !!!!!” other artists like Meek Mill, 2 Chainz, Lil Tjay, Tee Grizzley, Doe Boy, Ty Dolla $ign, Yella Beezy, Murda Beatz, Lil Skies, and Fabolous offered prayers and condolences. However, 6ix9ine took another jab at Durk.

Along with five crying laughing emojis, Tekashi 6ix9ine wrote, “Nuski now von AND you still rapping go pick up a gun.” The rapper has been condemned for his remarks and making Von’s death a catalyst for reigniting his feud with Durk. This is the most the public has heard from 6ix9ine following the release of his album TattleTales.