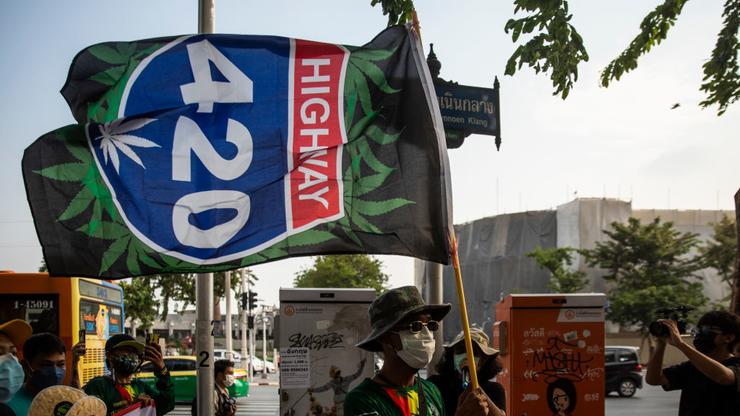 4/20 celebrations didn’t go down without incident in Missouri this year, according to TMZ. On April 20th, a 3-car crash resulted in a reported 500 pounds of marijuana, contained in plastic bags, flying across the highway.

The incident took place on Interstate 70 in Callaway County, cops have revealed. A pickup truck carrying the cannabis swerved to avoid an initial crash, ultimately causing a chain reaction with two tractor-trailers.

Maintaining some humour surrounding the situation, Missouri State Highway Patrol wrote, “You don’t see this every day, but it is 4/20” on Twitter, sharing a picture of the chaos unfolding on the road in front of them.

“After it was all collected at the crash scene, it took more than one patrol car to transport it to the evidence room,” they continued in another post, dropping off another snapshot of a pile of dozens of sealed packages, jam-packed with green bud.

The two larger trucks are said to have made it out of the crash with “repairable damage,” although the pickup truck involved was totalled. Seeing as recreational marijuana remains illegal in Missouri, David Mora Navarro and Victor Gonzalez Acosta were both arrested and charged with drug trafficking – the latter was also hit with a reckless driving charge.

Both men were transported to a hospital to receive care for their moderate injuries, along with passenger Edith Daniel Lerma.

In other 4/20 news, we sat down with Curren$y to discuss his weed-smoking rappers Mount Rushmore, among other stoner topics – read more about that here, and tap back in with HNHH later for more news updates.