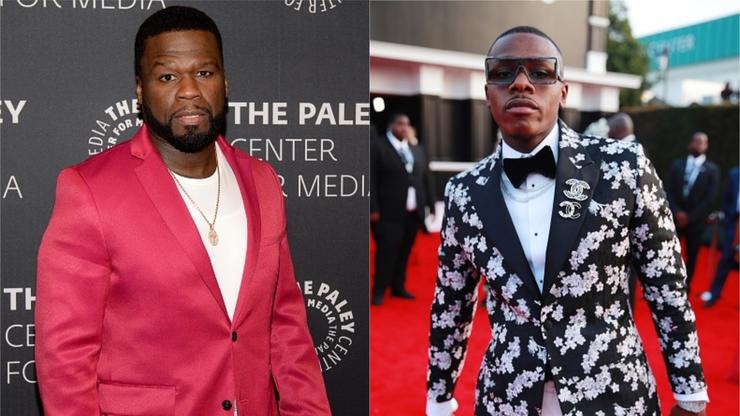 The rap veteran showed some love to DaBaby about his new “XXL” cover.

DaBaby is undeniably one of the most recognizable names in hip hop right now. The rapper even boldly claimed that Lil Wayne and himself were the “best rappers alive.” While the statement might’ve been a bit too declaratory, the 29-year-old has had an impressive run for the past year. 50 Cent is giving the Charlotte-bred rapper his flowers, shouting out DaBaby on his Instagram page.

50, who is not one to dish out compliments that easily, praised the “Rockstar” hitmaker for his In the post, someone flips through the XXL Winter 2020 magazine that DaBaby graces the cover of. Tagging the rapper, he wrote, “out here doing it big, You know the vibes.” He then wrote, “Raising Kanan coming!!! Green Light Gang!,” referring to the follow-up of his hit Starz television show Power, which had an advertisement in the Winter XXL edition.

DaBaby left a playful comment under the post, seemingly geeked that Fif even acknowledged him. “Studying you n****” he wrote.

Earlier this week, Tory Lanez announced an upcoming collaboration with the North Carolina rapper. His frequent collaborator Megan thee Stallion, whom Lanez’ shot twice in the feet back in July, threw shade at the rapper for working with Tory.

50 Cent is high up on the list of celebrities who have publically spoken out about the violent riots on Capitol Hill, giving some hilarious commentary on the chaos.