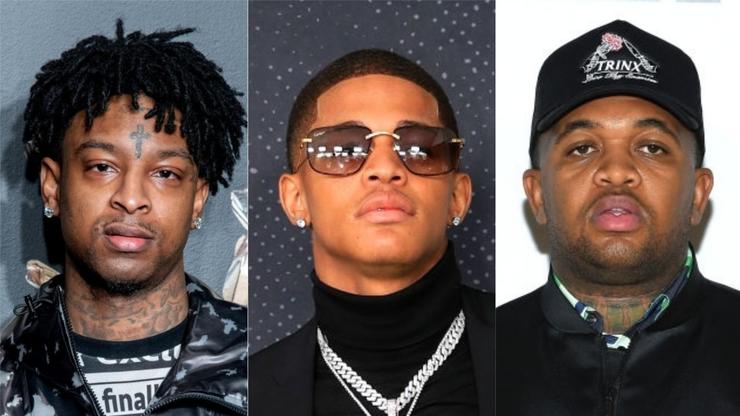 YK Osiris is being clowned online for his customized Gucci outfit, which 21 Savage and Mustard thought was fake.

It might not have been the best decision for YK Osiris to flaunt his customized Gucci outfit. While he proved that the pieces were authentic, they were re-touched and customized by a designer friend of his, making his outfit unique and one-of-a-kind. However, it didn’t take long for his friends 21 Savage and Mustard to roast the living hell out of him, calling him out for wearing fake designer on social media.

“Take dat shit off bro for I call mustard,” wrote 21 Savage on Osiris’ video. The two often interact on Clubhouse, but this was enough for Savage to get Mustard involved as promised. “Fuck dat @mustard,” added Savage immediately after.

Mustard and 21 Savage weren’t the only people trolling YK Osiris for his drip (or lack thereof). “Drip on negative 16 today lol we all miss sometimes tho,” wrote Meek Mill in the comments. “Outfit ain’t naaaaan,” said Lil Yachty. “The hell u got on killa,” added Hitmaka. A$AP Ferg left a simple “Lol”.

The savageness was enough for YK Osiris to explain his ‘fit in a second video, showing off the tags on the jacket. “Y’all n***as so stupid,” he said. “Made by Exclusive Game. Y’all know my boy. Customized jacket. Y’all n***as be talking all that bullcrap. Gucci! Stupid little boy.”

For what it’s worth, that does look like an authentic Gucci tag… The ‘fit still wasn’t a winner though for some of the biggest figures in music.

Recently, YK Osiris was in the news after he allegedly traded in his Lamborghini and Rolls-Royce for a Hyundai, so the fake designer claims weren’t so offbase.