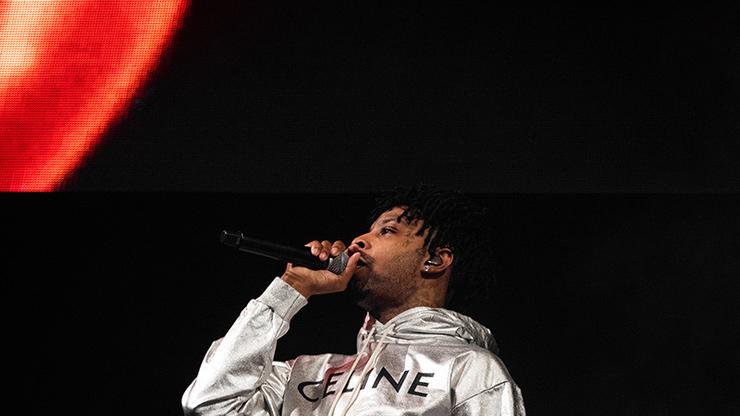 21 Savage names his favorite feature from 2021.

Atlanta rapper 21 Savage has been on quite the run this year, dropping stellar feature verses throughout 2021 for artists including Drake, J. Cole, Roddy Ricch, Rick Ross, Pop Smoke, and more. However, it’s not any of those that were Savage’s favorite of the year. The rapper revealed on Monday (December 20) that his favorite verse that he laid down this year is actually on a song with Young Nudy.

While it was not his most popular feature, clocking in 5 million streams on Spotify, “Child’s Play” with Young Nudy is Savage’s favorite musical output from this year. He tweeted in response to RapCaviar listing off some of his top verses of the year, but they omitted “Child’s Play” from the ranking.

Comparatively to some of Savage’s bigger records this year, “Knife Talk” with Drake and Project Pat already has over 200 million streams on Spotify. Maybe Savage’s tweet will boost numbers slightly for his Nudy collaboration.

The rapper has a great relationship with Young Nudy, working with him multiple times over the years. It doesn’t come as a surprise that his favorite work would be with the PDE representative.

Let us know what your favorite verse from 21 Savage was this year. Was it on “Child’s Play?”