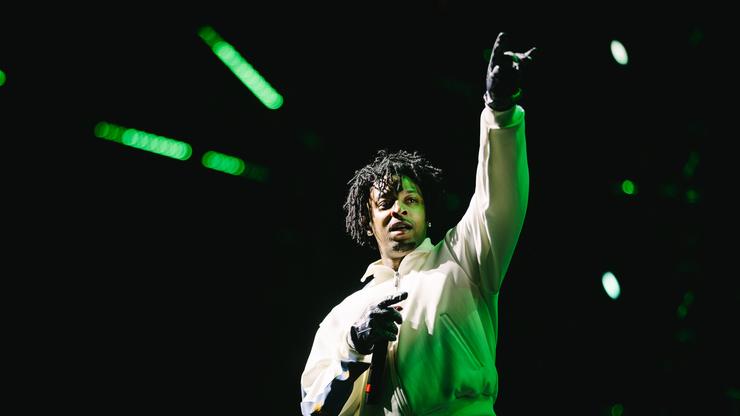 He recently tweeted that Atlanta needed to stop the gun violence, but social media users have called him a hypocrite.

A social media user got under 21 Savage’s skin when they contested his concerns over gun violence in Atlanta. The rapper tweeted that Atlanta needed to “do better” and “put the f****** guns down,” but a Twitter user replied, “‘Spin the block twice like we ain’t got nowhere to park.'” The line was 21’s bars from his “Jimmy Cooks” collaboration with Drake, and it was mentioned as a slick way to call the rapper out for penning lyrics related to violence while asking for violence on the streets to end.

Savage reacted by telling the person that the song is for entertainment purposes, but he wasn’t quite finished sharing his thoughts because he later appeared on Instagram Live. “When I say something about how I really feel about Atlanta, like where I’m from, it’s like, a lot of gun violence, a lot of killings and shootings going on, and I ain’t never seen nothin’ like this, like, my whole life being in Atlanta,” he said.

“I ain’t never seen it at this point that it’s at right now. Like, babies gettin’ killed and it’s just sad. It makes me depressed,” 21 added. “But when I speak up on that, they say you a hypocrite, you this, you that,” he added. “I ain’t never promoted violence, I just rap about what I’ve been through or what I’ve heard about, what I’ve saw. That not—that ain’t me promoting violence. That’s not me sayin’, ‘Yeah, violence is cool, whatever. I say a lot of sh*t on songs, it’s catchy. People like it.

“If I started making music about Jesus Christ and turkey drives and sh*t like that, how many fans would I have? Zero,” said 21. “How would I be able to feed my family rapping if I was rapping that type of sh*t? Y’all gotta be realistic.”

Savage claimed that people only called him out because they wanted to “get likes and be cool,” dismissing the criticism as just clout chasing. He added that several rappers are helping their communities with the money they make from their Rap careers.

Swipe below to watch 21 Savage explain his points.