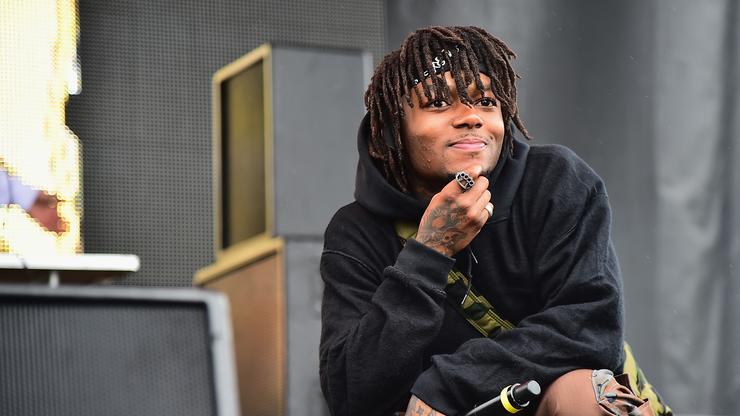 J.I.D shared the cover art for his upcoming album, “The Forever Story,” on Instagram, Tuesday.

J.I.D has revealed the cover art for his long-awaited third studio album, The Forever Story, which is expected to release later this month. In addition to sharing the artwork, the Dreamville rapper also released a new single, “Dance Now.”

J.I.D shared the cover in a post on Instagram, in which he called on his fans to “make this your profile pic.”

J.I.D also began taking preorders for the album, writing on Twitter, “For All u ‘drop the album it’s been years ass n****z’ under every post here u go!!!!”

The Forever Story will be J.I.D’s first solo album since 2018’s DiCaprio 2 which is his most successful project, having debuted at No. 41 on the Billboard 200 with features from J. Cole, A$AP Ferg, Joey Bada$$, Method Man, 6LACK and more. He’s also contributed to Spilligion with Spillage Village and EarthGang as well as having appeared on the Dreamville compilation album, Revenge of the Dreamers III.

Check out the cover art for The Forever Story below via J.I.D’s Instagram.