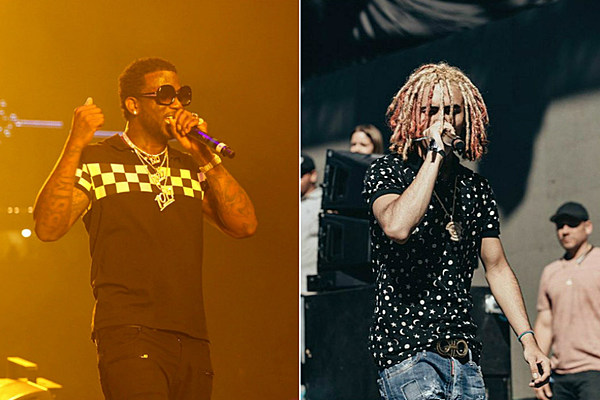 Xanax. Percocet. Adderall. Promethazine and codeine. These days, prescription drugs seem to be a part the rapper starter kit. While, for the most part, drug use in hip-hop has never been taboo (meaning you can't totally blame this on the kiddos), the promotion and use drugs the highly addictive nature is at an all-time high.

Recently there has been a noticeable shift in the mindset some MCs when it comes to self-medicating on opiates. Whether triggered by the drug overdose death Lil Peep, the recent passing Fredo Santana—which appears to be at least tangentially related to his past drug use—or just wanting to change their health practices, a number rappers have decided to retire from the hard stuff.

Frequent collaborators Lil Pump and Smokepurpp blacklisted Xans, leaving the habit in 2017. Mozzy recently kicked f the #KickDaKupChallenge, denouncing lean by pouring out a whole bottle onto the ground. “They say health is wealth—I need my bag,” he noted. Others have followed suit.

At one point, Fredo himself contemplated getting some pressional help to assist in weening himself f his vices. He even considered going to rehab to be an example for the younger generation.

"Hopefully I can be the face to sho niggas to slow down an we got our whole life ahead us fuck being rock stars gettin high I got ptsd," he wrote on Twitter, a few days after being diagnosed with liver and kidney failure last October. "I was running from my old life tryna get high didn't want to face them demons…I'm getting help I might just go to rehab." A few weeks ago, he stated he hadn’t taken a sip in two months.

For whatever reason, rappers are deciding enough is enough. XXL gathered a list rhymers who recently walked away from their most detrimental vice. Just say no, kids.