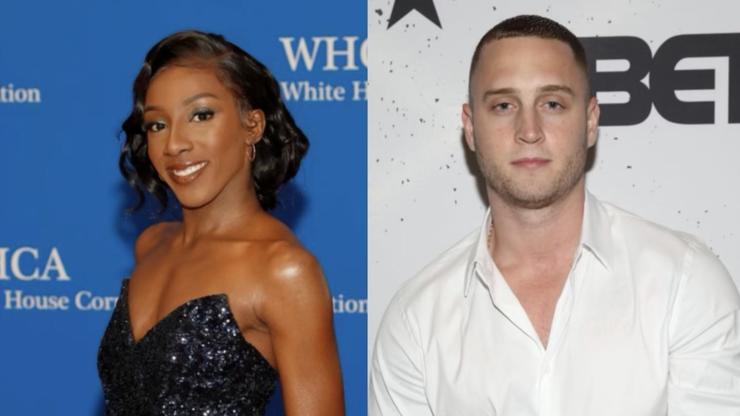 Days after putting Charlamagne in the hot seat, Ziwe sat down with Chet Hanks to chat.

Chet Hanks is the latest famous face to be placed in Ziwe Fumudoh’s hot seat. During an exclusive interview with Entertainment Tonight, the talk show host opened up about her conversation with the actor, which she teased on social media earlier today (May 6th).

“I asked Chet Hanks if he wanted to apologize to any marginalized communities,” she captioned a clip from the upcoming episode. In the footage, Ziwe even suggests, “I don’t know, maybe the Patois community?”

After a brief moment of hesitation, the 31-year-old shakes his head before saying, “Nah. I don’t feel like I’ve truly done anything offensive, so I don’t.

“You don’t see it as cultural appropriation,” Ziwe clarifies, “you see it as like a celebration of culture.” Hanks responds, “Mhm,” before the host continues, “And then, it’s like ‘Social justice warriors can like, go kick rocks.'”

Though the clip makes it seem as though the conversation will be an awkward one, Z told ET that her chat with Hanks will be one of this season’s most memorable. “I was so delighted. He had been someone who I thought would be an iconic guest for years and I think that interview was an iconic interview,” she shared.

Another episode from the second installment of her talk show finds Ziwe sitting down with Charlamagne, whom she asked about his troubled history with Black women. “What I love about that one is that Charlamagne has been in the public eye for decades,” the host explained.

Read what The Breakfast Club host had to say to Ziwe Fumoduh here, and tap back in with HNHH later for more pop culture news updates.