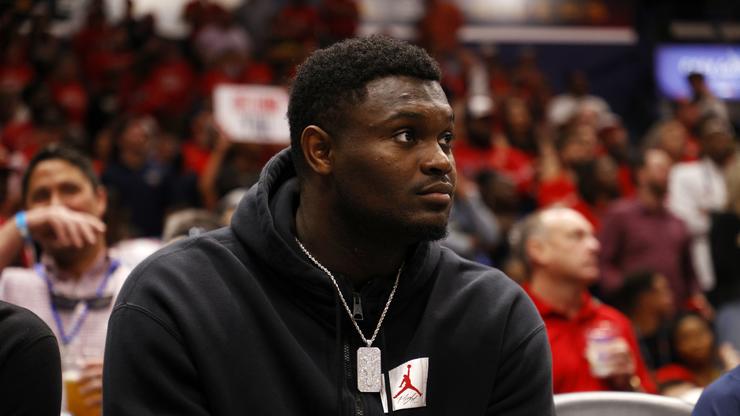 There has been a lot of chatter about Zion’s commitment to New Orleans.

Zion Williamson did not play a single game this year for the New Orleans Pelicans, yet somehow, the team managed to have a pretty successful season, all things considered. They made it all the way to the playoffs and they even forced the first-seeded Phoenix Suns to six games. All things considered, it was a very impressive feat from a team that wasn’t supposed to do anything without their superstar.

With that being said, there have been various rumors circulating around Zion and his desire to play in New Orleans. Some people believe his camp doesn’t like New Orleans and they would rather he play somewhere like New York, instead.

Today, reporters spoke to Zion directly and asked him about what his plans are for the future. As you can see in the tweets down below, Zion had nothing but praise for his Pelicans roster, noting that they have something brewing. As for his next contract, Zion said that he can’t wait to sign a long-term deal in NOLA. Needless to say, all of the rumors from before were all for nothing.

Williamson has yet to receive an offer, however, it could very well come this offseason. With that being said, this NBA offseason is going to be a whole lot of fun, so stay tuned to HNHH for all of the latest news and updates from around the league.