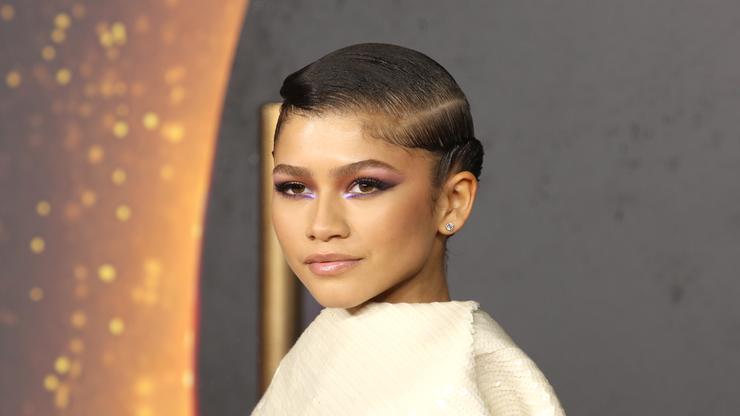 Earlier today, it was announced that Euphoria star Zendaya has been named CFDA’s Fashion Icon of 2021. After seeing all of the incredible looks she’s served while on the Dune press tour, it’s obvious why the 25-year-old was selected.

The actress is styled by an incredible talent by the name of Law Roach, who has had her dripping in designer garments, fresh off of the runway, all month long. Most recently, she wore an unbelievable asymmetrical white Rick Owens dress paired with some Bulgari to a screening of the upcoming film last night.

Elsewhere, the Malcolm & Marie actress was spotted wearing London’s own Vivienne Westwood during her trip across the pond. Zendaya’s top was one of the designer’s iconic chain corsets, reminiscent of some of her past pirate-themed collections.

Lately, the Oakland-born star has also been seen wearing Peter Do, Pyer Moss, and Nensi Dojaka. With so many big names topping her list, it’s no wonder that the CFDA is acknowledging her incredible style – and Twitter has, too.

Although she‘s been grabbing a ton of attention while on the Dune press tour, the actress actually only plays a small part in the Dennis Villeneuve-directed film. As The Shade Room notes, the actress spent just four days on set, filming her scenes as Chani.

Even Zendaya’s boyfriend and Spider-Man: No Way Home co-star hyped up her Rick Owens outfit, posting a gorgeous black and white portrait of her on his Instagram page yesterday. ”Dune,” he captioned the snap, followed by the heart eyes emoji.

See Spider-Man’s shoutout to his Mary Jane below.