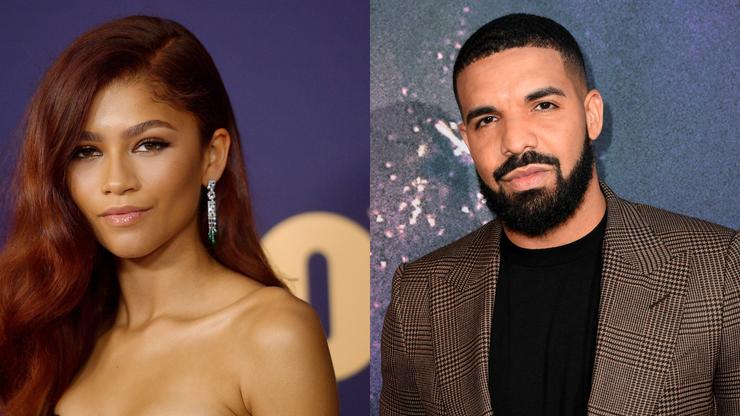 Zendaya clears the air on rumors that Drake was handing out bundles of cash to people at the “Euphoria” wrap party.

On top of being one of the biggest artists of our time, Drake has been dabbling in a few other things as well, like acting, scented candles, anything Toronto Raptors-related, parenting, and Nike sponsorships. On top of all that, he is an executive producer for HBO’s hit series, Euphoria, starring Zendaya, Alexa Demie, Barbie Ferreira, Hunter Schafer, Jacob Elordi, and more.

Anyway, there was a rumor swirling about last year that Drake was handing out bags of cash to people at Euphoria‘s wrap party. It wasn’t a hard rumor to believe, if you’ve ever seen his music video for “God’s Plan,” so fans sort of blew past it. Seeing as it wouldn’t be totally out of character for Drake to give away money all willy-nilly, not many felt inclined to question its validity.

However, in a recent interview on Jimmy Kimmel Live, Zendaya addressed the rumor, and it turns out that it’s only partially true. “I heard that he [Drake] brought gift bags for everyone, and in the gift bags was money — it was bags of money. Is that true?,” Kimmel asked.

“It wasn’t exactly that,” Zendaya clarified. I don’t know the full situation, but I know at our wrap party, Drake was gifting money. People would enter into a raffle, and people won money, which was cool, especially for our crew members. They were very, very happy about that.”

Remind me to audition for the next show Drake decides to executively produce.

Watch the full interview below.