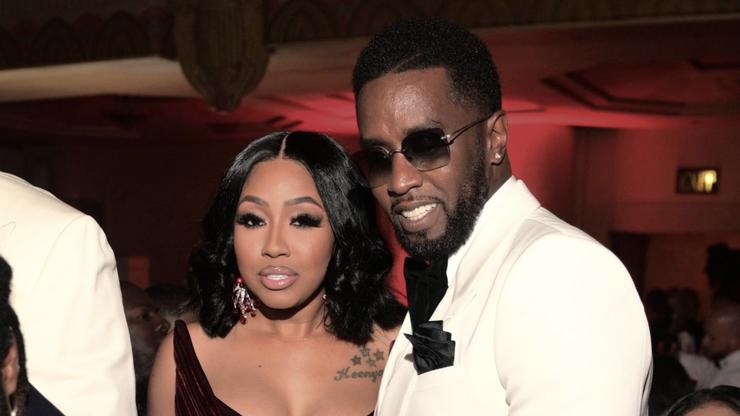 The City Girls hitmaker is now proudly ushering in her holiday weekend with the Rap mogul.

Following her explosive social media spat with Gina Huynh, Yung Miami is back to stake her claim. For months there have been rumors about Yung Miami and Diddy carrying on behind the scenes, and when she has been asked about their fabled romance, Miami had denied the reports. However, the Billboard Music Awards was the catalyst for things to take a turn after Gina Huynh, Diddy’s “lady friend” for years, not only attended the event but posted a photo of the Rap mogul giving her a kiss on the cheek.

Before anyone could blink, Yung Miami was firing off tweets about Huynh, accusing her of needing attention and seemingly confirming her relationship with Diddy.

Although they have been seen in photos together, Yung Miami gave the world a sneak peek at her kicking back with the Bad Boy icon. The pair seem to be celebrating another “F*ck It Friday” by sliding in a Deleon Tequila promotion. She wished everyone a “Happy Memorial Weekend” and told her followers to tag her in their social media posts if they take shots of the brand.

In one brief clip, Miami is seen sipping out of a Deleon bottle while sitting on Diddy’s lap. He doesn’t seem to mind the attention. Check it out below.