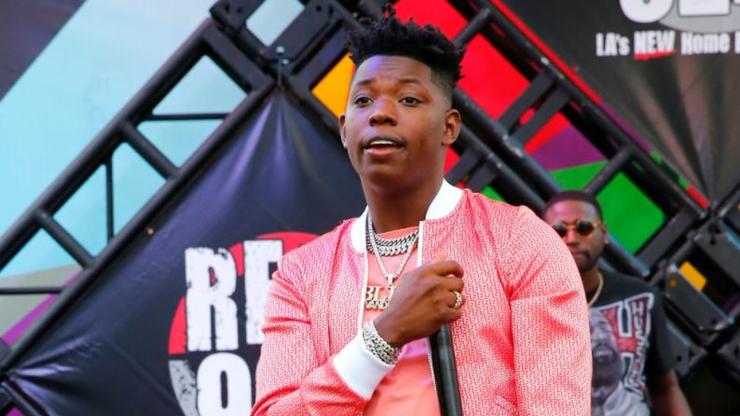 She accused him of keeping their son from her while Bleu claims he has custody and she hasn’t returned their son because he won’t give her money.

Many celebrities opt to not respond to drama on social media, but Yung Bleu has himself once again entangled in a spat. After the mother of his son called him out for allegedly keeping their child from her, Bleu was involved in an incident with Gainesville, Georgia police officers, resulting in his arrest for driving with a suspended license. He took to social media to share video and images of the officer who pulled him over and later, the singer resurfaced with an apology for his reaction.

However, the tension with the mother of his child continues as Bleu took to Instagram to explain that he has custody of their son Corbin. On Thursday (August 26), Bleu made claims that Corbin is with his mother but she hasn’t returned him, allegedly resulting in the authorities “threatening to put kidnapping charges on her but I told them no and to give me time to find her,” Bleu shared.

He added that he wasn’t interested in having her arrested, he just wanted his son back with him. “She was permitted to get him every Friday from school but chose to take him indefinitely because I wouldn’t agree to give her money,” he said. “I’m tryna avoid getting police n sh*t involved so if y’all see her Dm me on ig.” Bleu is offering a $2,500 reward for information.

Meanwhile, his ex refuted his claims with a post of her own where she accused him of lying. “You’re trying to diminish my character telling people i have mental issues to do damage control and gain sympathy with the lies you tell when you’re the one that really has the issues not me,” she wrote. “You’re known for playing the victim the same way you blasted Gainesville Police Dept just to turn around and apologize to them like a clown knowing you had a suspended license.”

She went on to call him “r*tarded,” said he was in special education, and added that he had “a lot of nerve for someone who doesn’t take baths and has bed bugs.” It is clear that these two are not cordial.

Swipe below to read through both of their messages in full.