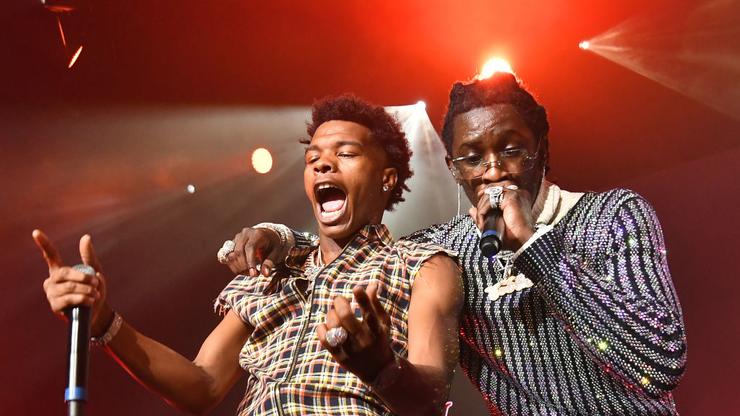 Young Thug says that Lil Baby was signed to YSL Records before he struck a deal with Quality Control.

A few days ago, Young Thug issued a warning to all of Lil Baby‘s opps, sending a message and saying that if you’ve got an issue with the “Emotionally Scarred” rapper, you’ve also got problems with him. While it’s been well-documented that their relationship goes back a long time, with reports about Thugger actually paying Baby to kick off his rap career, it wasn’t previously known that the two Atlanta rappers were working out a deal for Baby to operate out of YSL Records.

For years, Lil Baby has pledged allegiance to YSL, but it was unclear if he actually had a deal with Thug’s label. According to Thugger’s response to Charlamagne Tha God’s question in the latest episode of The Breakfast Club, it turns out that Baby was signed to Thug at a time.

When asked why he chose not to sign Lil Baby to YSL Records, Thug answered that, at the time, he had a lot of legal issues happening that prevented him from leveling up at his label. “I was dealing with so much shit that I’m like, ‘I ain’t bringing him into that, he just got out of prison,'” said Thug about Baby. From that point on, Thug says that he introduced Baby to Pierre Thomas at Quality Control, knowing that the music executive would take care of the budding superstar.

“I was still kind of young back then, I wasn’t really going crazy with my label,” said Thug. “I had him, this n***a was literally signed to me. Had that boy.”

As you surely know, Young Thug has worked wonders with YSL Records in the last few years. Gunna has become a music superstar in his own right, and artists like Lil Keed, T-Shyne, Strick, Unfoonk, and more continue to show why they’re strong forces in the rap game.

Do you think Thug made the right decision to pass Lil Baby to Quality Control? Do you think his sound would be any different if he stuck with YSL?