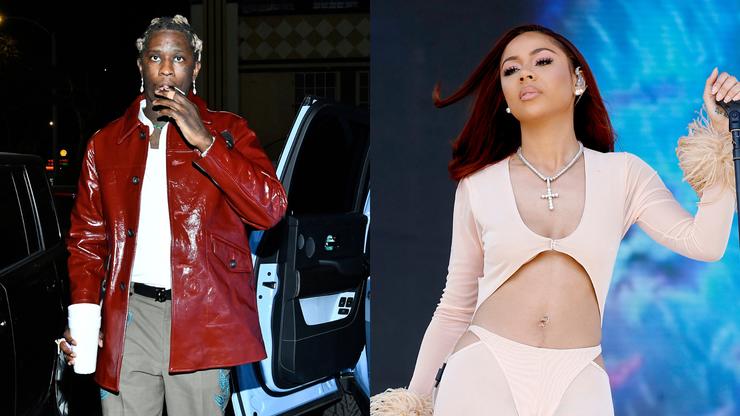 The two have been stirring romance rumors for a year now, even after people have doubted Thugger’s intentions.

Atlanta rap icon Young Thug has been behind bars for months now from his pending RICO case with a chunk of YSL, but that hasn’t stopped him from sending love to his rumored (but practically confirmed) boo, R&B singer Mariah the Scientist. He took to Twitter to excitedly share a picture of Mariah, his second thirst tweet in the past two weeks.

The two first sparked fling potential when they were pictured cuddling on Young Stoner Life’s Twitter account. They went to a Falcons game together and got married last January- well, in a music video. Thugger’s previous girlfriend, Jessika Karlae, even responded to their rumored romance in an unbothered way. After the rapper’s arrest, Mariah was one of many YSL affiliates and friends to show support for the incarcerated crew, performing in front of screens that read “Free YSL” and “Free Thugger.”

Even when her man is locked up, the “Beetlejuice” singer has found ways to connect with him. She posted on Instagram for his 31st birthday, after he had sent her a slew of balloons to her hotel room to celebrate her sold-out concert dates. “Mrs. Sold Out Dates,” the balloons read, with a mother message in flow petals reading “See u soon. Love, Jeffrey.”

Thugger’s jail time hasn’t made him any less of a romantic, and despite the disheartening nature of their separation, it’s still cute to see them gassing each other up on social media. Mariah’s also clapped back at claims that Thug is playing her with another woman, so this estranged relationship is forecasted to stay wholesome as Young Thug‘s January 2023 trial looms large.