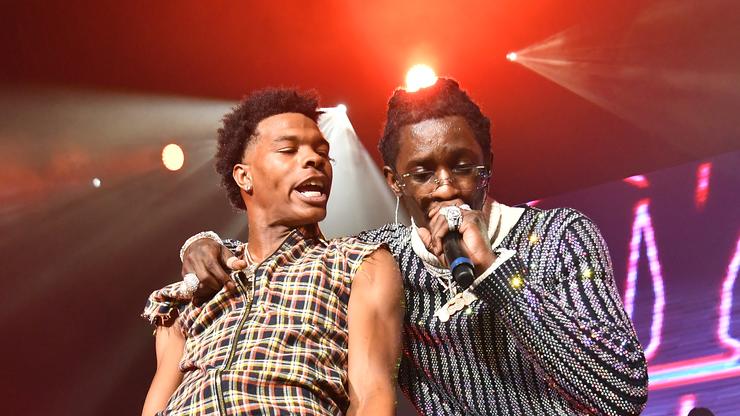 Thugger and Baby grew up together and after seeing him go off to prison, Young Thug paid his friend to stay out of the streets and in the studio.

People did not believe Lil Baby when he shared that Young Thug paid him to stop wheeling and dealing in the streets, and now Thugger is confirming the story. According to the Quality Control rapper, he was deep in the trenches when Young Thug paid him to stay out of the streets and instead, record at the studio. A little guidance, incentive, and of course cash was all Baby needed and we see that the rest is history.

We have been sharing gems from Thugger’s recent interview with The Breakfast Club and during the conversation, he revealed why he opted to just pay Lil Baby to begin his Rap career.

“I was just…I just didn’t want him to go back to prison,” said Thug. “I was scared for him to go back to jail ’cause he had just did a bid. He got straight outta jail and went straight back to the same neighborhood. The same house that the police bust and locked him up. He went right back to the same house. It was a spot. I think I was more scared for him, of like prison.”

Young Thug admitted that Baby was already popular and reminded him of himself. “Before rap, he was getting a lot of likes on his Instagram, and people like… He had nice ass captions. Like bro, you should try to make a song. Just show him the life, took him a few times everywhere. You know? He started seeing, this sh*t kinda easy. We grew up together, too. It makes it seem like it’s easy if he seen me do it.”

Lil Baby would be paid anywhere from $2K to $5K to go to the studio and record, however, Thugger revealed that Baby has a gambling problem. “He for sure lost ten times more money than he ever had,” said Thugger. Watch the clip, and the interview in its entirety, below