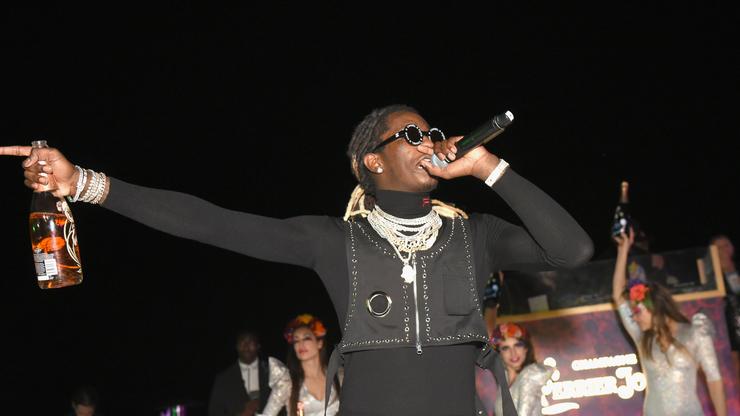 Young Thug has been hit with numerous additional charges after police raided his Atlanta home.

Young Thug has been charged with seven additional felonies while already under arrest for participation in street gang activity and conspiring to violate the Racketeer Influenced and Corrupt Organizations (RICO) Act. Thug was named in a massive indictment listing off over other 20 members of YSL, including Gunna.

The charges were tacked on after police raided the rapper’s Atlanta home.

Thug made his first appearance in front of the Fulton County Magistrate judge via Zoom call on Tuesday. During a clip from the appearance that circulated online afterward, Thug’s lawyer, Brian Steel, could be seen requesting that bond be heard by the judge.

Steel has told local news outlets after the arrest that “Mr. Williams [Young Thug] committed no crime whatsoever” and he would “fight till his last drop of blood to clear him.”

Thug’s father also defended his son, stating in an interview with WSB-TV: “I think my son has been unfairly linked to a lot of things, but it’s up to us to prove it. I’ma fight for him until the end, I’m his father.”

Check out the records for Thug’s new charges below.