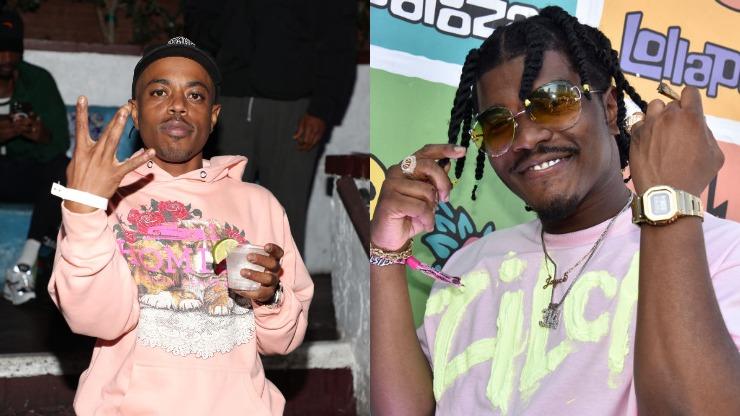 Westside Boogie and Smino may be connecting to collaborate on a full album.

Westside Boogie has been steadily building anticipation for his sophomoric Shady Records album, his first release since delivering Everything’s For Sale in 2019.

And while he seemingly reached a new stage of completion upon previewing his project for Eminem in Detroit, a flurry of recent activity suggests that Westside Boogie isn’t quite finished tinkering with his upcoming drop. In fact, he was recently seen in the studio with new Shady signee GRIP, though it’s possible they were recording music for something entirely unrelated — perhaps even a new Eminem album, but that’s another story.

In any case, Boogie is clearly riding a creative high, to the point where he’s already looking toward working on an exciting new development. The Compton rapper recently extended an invite to his fellow lyricist Smino, suggesting that the pair connect and begin work on a joint musical venture.

“Aye @smino fuck it let’s do that Collab project we was talking bout,” writes Boogie, prompting a response from Smi in the comments. “Cmon,” writes the St. Louis rapper, all but affirming that the interest is indeed there. Whether or not it manifests into anything beyond a mere tweet exchange, however, remains to be seen.

Check out the declaration from WS Boogie below, and sound off if you’d be keen on hearing Compton and St. Louis unite for a full-length album.