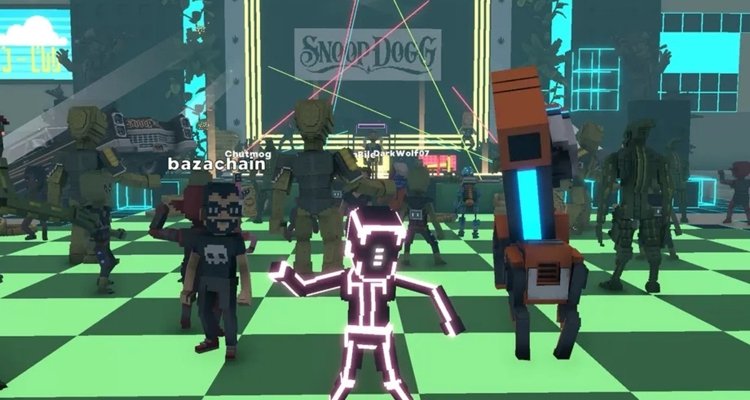 Warner Music Group has partnered with The Sandbox to create a virtual musical theme park and concert venue.

WMG will also work with The Sandbox to host concerts and other musical experiences, similar to Fortnite. The companies are also offering a ‘pre-sale’ of land in the digital universe where Sandbox users can buy highly sought-after plots of land. Someone paid thousands of dollars to have a plot next to Snoop Dogg’s virtual mansion.

“Warner Music has secured the equivalent of beachfront property in the metaverse,” says WMG Chief Digital Officer of Business Development, Oana Ruxandra. The mentioned land sale will offer spaces that are adjacent to the WMG property, but no perks for being so near were specified in the announcement.

Warner Music’s partnership with The Sandbox is nothing new in the realm of digital spaces; companies have been partnering with digital entities for years now. Virtual concerts have taken place inside Fortnite, Roblox, and Minecraft.

Roblox has even signed its own music industry deals and hosts ‘listening parties‘ where artists can debut new music. What sets The Sandbox platform aside from these gaming platforms is that it is built around utilizing blockchain technology and non-fungible tokens to prove land ownership. Of course, Warner Music Group isn’t the only company that has embraced The Sandbox, either.

Real estate businesses have also been purchasing digital land on platforms like the Sandbox and Decentraland. Prager Metis International, an accounting and advisory firm, has opened a virtual three-story property in Decentraland, another virtual platform similar to the Sandbox. It operates 23 physical offices across the United States, Europe, and Asia. Prager Metis says it plans to use its new virtual building to advise companies and other new and existing clients on tax and accounting issues.