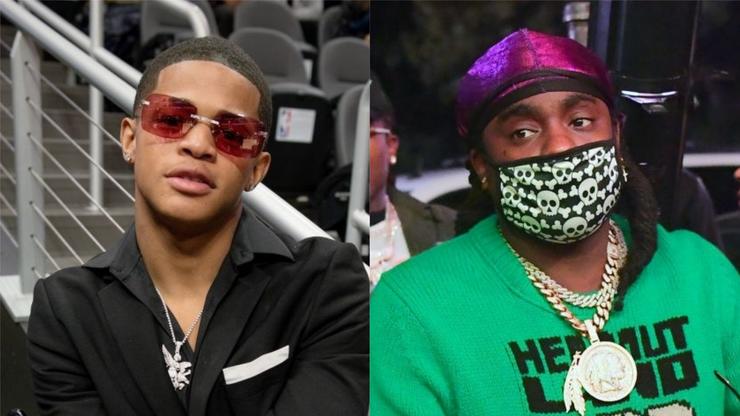 YK Osiris epically wiped out during the #MilkCrateChallenge.

The Crate Challenge is going viral on social media right now, with participants stacking up milk crates in a pyramid and attempting to walk over them without falling off. As people continue trying out the trend, singer YK Osiris gave it a shot this weekend at Boosie’s house, but he ended up wiping out in an ungraceful fashion, failing the challenge.

YK Osiris managed to get to the midway point of the challenge, reaching the highest point of the crates before stepping down and attempting his descent, but he caused the crates to slip, falling onto his back as witnesses excitedly sang his song “Worth It.” Thankfully, he fell at a pretty safe angle, but he was a few inches away from potentially doing serious damage to his neck and head.

Rapper Wale reacted to the epic fail on Twitter, posting the video and commenting, “It’s no way this don’t hurt.”

Sharing the video to his own page, Osiris confirmed that he’s in some pain, writing, “I almost had the 4,000 damn …. my back hurting like damn lol.”

It seems YK Osiris is always going viral for doing some goofy stuff like this. This is just the latest example of Osiris being Osiris.

Have you attempted the #MilkCrateChallenge yet? Let us know in the comments.