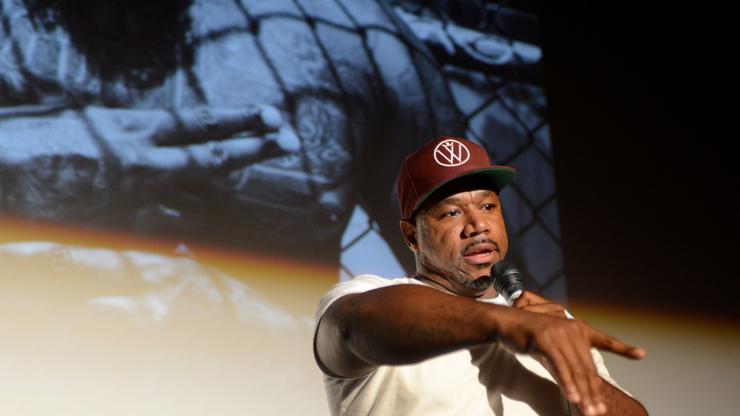 Wack 100 is working his trolling techniques to get under the skin of Hollywood’s elite. His recent appearance on the Bootleg Kev podcast brought forth the admission that he’s currently in possession of an unreleased Kim Kardashian and Ray J sextape. Not only that, but he said that he would be willing to offer the tape to Kanye West free of charge. “All I know is Kanye, holla at me, bro. We got part 2 on the laptop. Ain’t never been seen. We’d love for you to have it,” Wack said on the podcast. “It’d be a great personal, private NFT.”

It seems like he’s finally made contact with Kanye West over the alleged sex tape. Wack hit the ‘Gram with a photo of ‘Ye wearing his DONDA vest, claiming that he was ready to send off the footage to the Yeezy creator. “Great convo my word is good I’ll get it right to you bro like I said I would,” he wrote. “I appreciate ya call good hearing from ya.”

Wack previously described the unreleased tape as “more graphic” than the first, Kim Kardashian’s attorney denied that it even exists. Then, Ray J said he was staying “off the RAYDAR” and would prefer not to have his name dragged back into headlines over former controversies that both he and Kim Kardashian have moved on from. Still, Wack 100 was quite upset over Kim’s lawyer claiming that he’s simply seeking attention. “A message to @kimkardashian attorneys ask your client about “SANTA BARBARA” & the signed deliverables for tape 1,2&3 @rayj can’t control what I NOW control. If I hear 15 minutes of fame again I’ll be forced to display the Signed CONTRACTS #TRYME,” he wrote on Instagram.