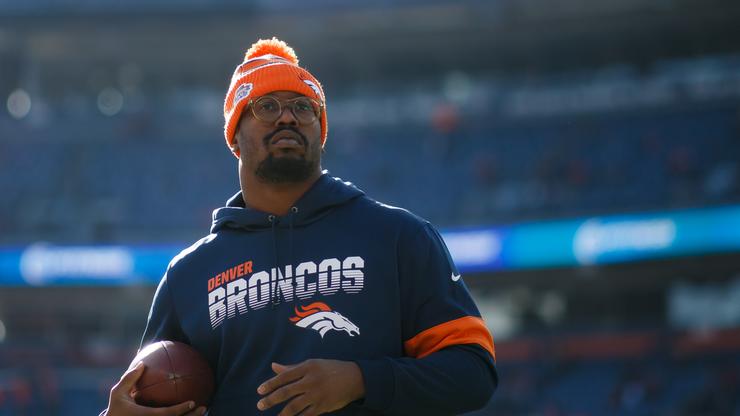 Jane Doe alleges that “in a fit of jealousy,” Miller sent her sexually explicit picture to two celebrities and asked, “This the b*tch you want?”

The incident reportedly occurred sometime in May 2020 and in court documents, Doe reportedly claimed she was dating Miller at the time. She stated that they posed together while engaging in “sexual acts.”

Doe claimed that she and Miller agreed that the images would remain between them, but in her lawsuit, she alleged that “in a fit of jealousy, anger, and rage” Miller fired off the pictures to two celebrities that she doesn’t name.

In docs, Doe’s attorney reportedly stated, “This case is a cautionary tale for young woman that date professional athletes like Miller that think laws do not apply because of fame, money, and power.” The lawsuit reported added, “However, professional athletes are not exempt from the law and Miller’s vindictive, manipulative and unlawful actions must not be overlooked.”

TMZ reported that Miller’s accuser is hoping that the court will stop him from sharing the alleged images in the future. She is also seeking “monetary damages,” but the exact amount is unclear. Miller has yet to issue a statement about the allegations and it is unknown at this time if the celebrities in question will be named in the future.