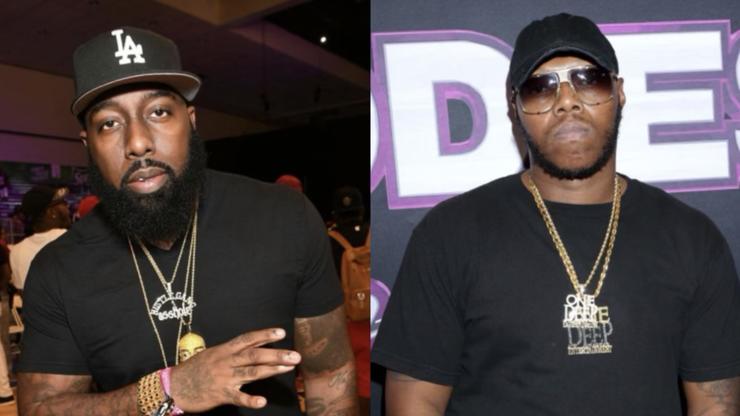 The receipts are in, and it seems as though Trae isn’t so truthful after all.

Amid Trae Tha Truth and his cousin Z-Ro’s inconsistent back-and-forth about what really happened during 50 Cent‘s Tycoon weekend in Houston, a video has surfaced online and been shared by TMZ, revealing that the former seemingly wasn’t so truthful when sharing his side of the story.

“It wasn’t no 7-on-1 situation,” the 42-year-old Houston native said in an Instagram Video shared earlier this week after Z-Ro alleged he was sucker-punched in the face during their infamous brawl. “It wasn’t no blindside ambush. That’s not what this is,” Trae added.

“This is family business, internal stuff that’s been going on for 10, 15 years that’s probably been building up and just spilled over into shit. It ain’t no hate for that man. I’m never going to let nobody hurt or harm him.”

Despite his words though, the video shows quite clearly that Trae did allow – and assist with – the ambushing of his former Assholes By Nature partner, who looks to have had a gold chain snatched during the incident.

Z-Ro spoke to TMZ not long after the pair’s fight. “[I was] minding my business and when I walked outside, I’m called over to the side of sprinter van and [Trae] was like, ‘Ay, when you get finished doin’ that, come take this walk with me right quick,” he recalled.

“I was like, ‘You talkin’ to me?’ I had to make sure he was talking to me ’cause I mean, I see you everywhere, you see me everywhere. So when I walked over there, the only thing I saw after that was this [gestures to being punched in the face].”

Z-Ro‘s account continued, “When the video comes on, it’s me making sure, like, you know, I’m not gon’ go home looking like I just fought a football team. I don’t even live my life like that. I got too much positive shit goin’ on, I obviously didn’t expect no shit like that, really.”

Check out TMZ‘s video of the fight below, and tap back in with HNHH later for more hip-hop news updates.